Sad Story of One Expat

What follows is one sad story of one expat here in the Philippines. I reproduce the tale unedited. I know him and he will remain anonymous. He’s a good man and deserves better. It is a cautionary tale for any who move here. I thank God I chose wisely and have a wife who ensures I am not exposed to any of the shenanigans you will read below.  For your information, one British Pound equals about 70 Philippines Pesos (PHP) at the time of writing. One dollar will get you about 50 PHP. I have been here in the Philippines for almost 3 years and can honestly say it is a stunningly beautiful country. We bought land, designed and built our own house in an… Read More Okay, I admit it, “near death experience” is a tad exaggerated, but it was damn scary! As most of you know, the first book I wrote was about the abysmal driving standards here in the Philippines. It’s available here if you want to read it. And all my other books in digital format may be purchased here at Books2Read. The paperback and audio book versions are only available through Amazon. Plug over! 🙂 So here is the story of the carabou., a big heavy water buffalo type thingy.   It all happened on a weekend away. A wonderful trip south to Hinobaan,then onward to Bayawan and Siaton. The last named town is the most southerly point of Negros Island. We meaning me, my wife Zabrina,… Read More 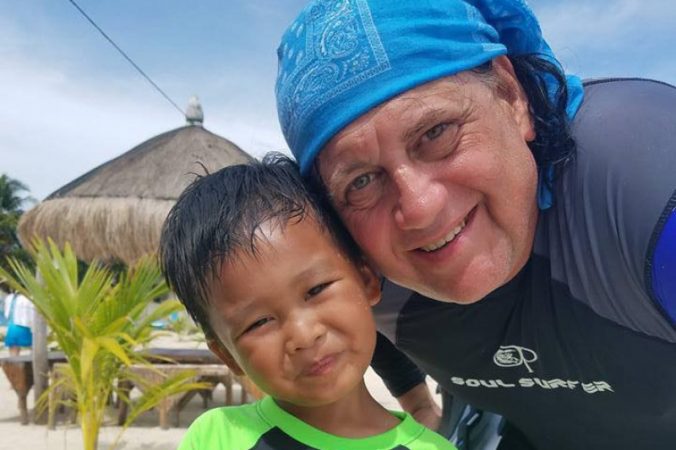 Many murders have an element of tragedy but this is truly a tragic slaying in Silay. Silay City is only a fee kilometers from Bacolod so the entire expat community and thousands of locals were saddened to hear about this tragedy, I reproduce the story below  as reported by Lifestyle Bacolod, a Facebook page.  Let’s help Erik… Your P50s can go a long way. Erik was shot dead as 5-year-old son waits in vehicle in Silay City. The victim identified as Erik Norman Hendrickson, 57, of Wisconsin, United States, was declared dead on arrival at the Teresita Lopez Jalandoni Provincial Hospital in Silay City, according to Supt. Noel Polines, officer-in-charge of the Silay City Police Station. Hendrickson, who was temporarily residing at Loney Burgos in… Read More 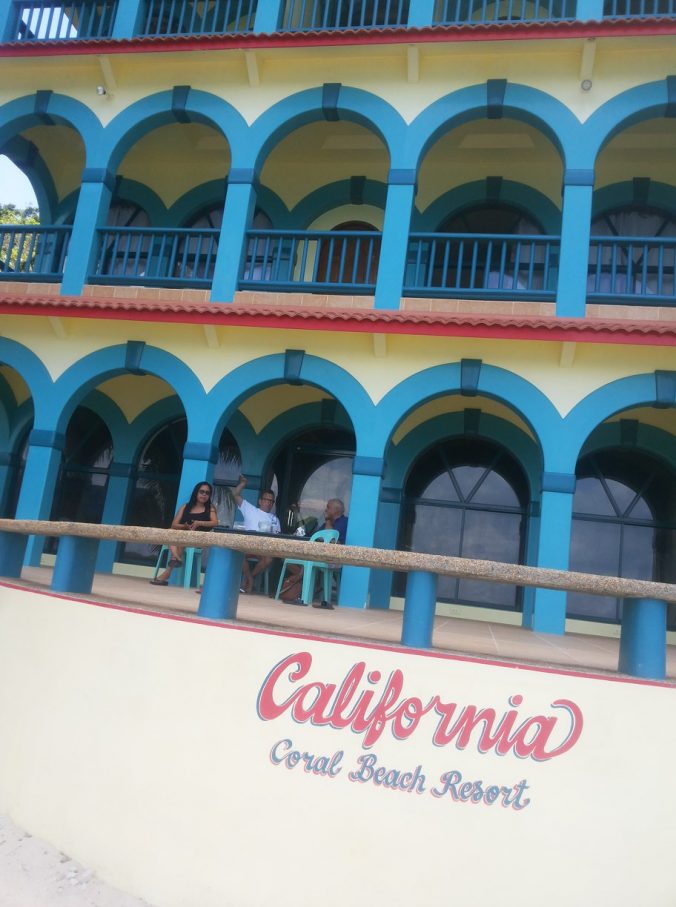 This post was intended to be about Guimaras. However, seeing ninety-nine percent of our time was spent at the wonderful California Coral Beach Resort at Nueva Valencia, Guimaras, then it seemed right to me to blog mainly about the resort. Firstly, a little about Guimaras. It’s a gem of a small island situated between the two larger islands of Negros and Panay. Here is what one Philippines website has to say about the island: ABOUT GUIMARAS PROVINCE Guimaras Island varies from level to steeply sloping, with land elevation ranging from 0 to nearly 300 meters above sea level.  Mt. Dinulman, located in Millan, Sibunag, has the highest elevation of 267 meters above mean sea level. A great part of the island’s land area is above… Read More

Another step closer to converting my tourist visa into a 13A Visa. This is intended as an update for all who are contemplating the same 13A visa process and to those of you who have asked me for the information. I hope what follows is helpful. May I say at the outset that there is no need to pay lawyers or fixers to process this application. It is easy if you complete the forms correctly and follow the simple step by step guide below. For the uninitiated, a 13A Visa is to convert from a tourist visa to a Non-Quota Immigrant Visa By Reason of Marriage. If approved, you, the applicant foreigner, are permitted to stay in the Philippines on a one year Probationary basis…. Read More ReBlog: Where To Eat In Bacolod

I am re-blogging this post as to where to find the best eats in Bacolod. It was originally blogged by Sigrid Says, a very good local Negrense blogger. The  original post is  reproduced below. I hope you find it useful whether you are a local or a visitor to Bacolod, the City of Smiles. I love my food and it struck me as a good idea to share Sigrid’s post as it were “blind.” In other words I will reproduce it first before reading it then at the foot of this post I will make my own observations. One observation I will make now is that I firmly believe if you are an expat living in the Philippines it helps if you like at least… Read More 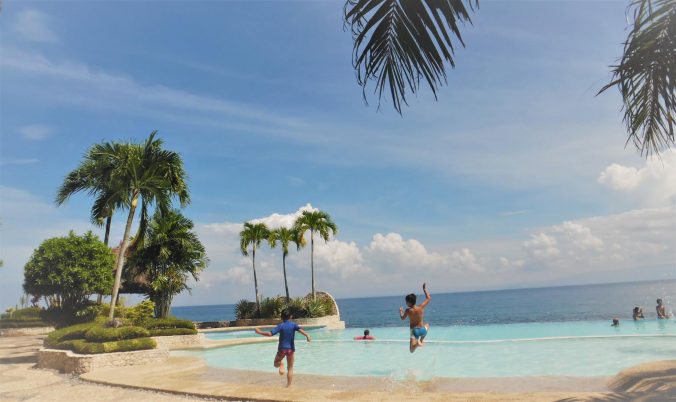 Happy Christmas to all of you! I’m sorry I haven’t posted in a while. My writing and other book-related activities such as book reviews took up so much time lately and are likely to do so in the foreseeable future. I’m sure that many of you who receive my monthly newsletter will already have guessed that for the newsletter includes posts from this blog and from my author website. One of the beauties of living in the tropics is the ability to go to the beach all year round. The temperatures don’t vary much through the year, a usual high of about 32C with a low of about 26C. Just watch out for the two distinct rainy seasons and the occasional typhoon! As much as… Read More 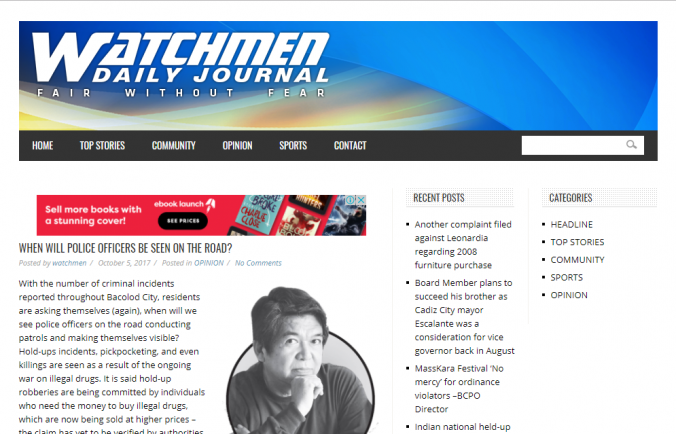 Image Grabbed From the Web

Drugs watch as a title was prompted by recent events in Bacolod and in Huyton, Liverpool, UK. Then I checked the Huyton news story and I can find no connection to drugs. Huyton is where I grew up and lived for almost the first twenty years of my life. [Update: since writing that I have read the police have recovered a large amount of cash, guns and drugs in Huyton] The Huyton incident involved a seventeen year old being shot in the head while riding on the back of a motorbike – a truly shocking and brutal murder. My first instinct was to think it was drug related. I can be excused for that as the local paper, the Liverpool Echo, carries a gun crime… Read More 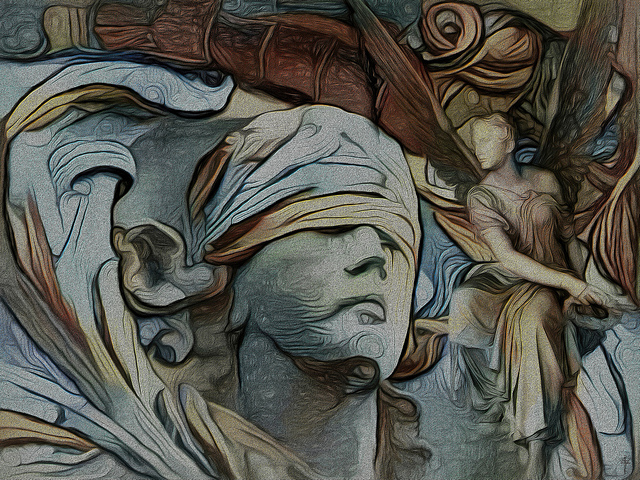 The Blind Poets By Daniel Arrhakis (2017)

Blinded By Love in the Philippines

“Love is blind,” they say but this is a case of blinded by love in the Philippines. This sad but somewhat avoidable story was brought to my attention recently. I refrain from making too much comment as the story speaks for itself. You may recall I wrote about similar issues recently. It’s a story all too familiar in the Philippines. Many foreigners have been ripped off, scammed by Filipinas. The foreigner becomes blinded to the loopholes in the girl’s explanations, blinded by love. I could say this scenario is almost a cottage industry here but that is harsh. Most Filipinos of both sexes are honest, trustworthy people. There are things Mr. Wenham could and should have done. He should have had the girl checked out…. Read More 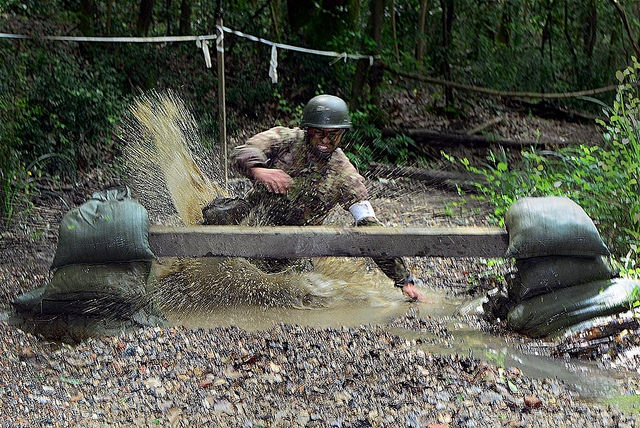 Expats Key To Survival In The Philippines

Three years, almost, is long enough for me to offer some advice and some tips as to the key to survival in the Philippines. This is aimed more at people thinking of retiring here but I guess it applies as much to those who struggle to adapt to a new way of life. If there is one word that sums up the key to survival in the Philippines it is that one – adapt. Adaptability, flexibility whatever you want to call it are key. If you want to stick to your old ways, then perhaps a foreign country is not for you. The need to be flexible applies in all kinds of ways. But more than anything else it applies to your mindset, your attitude…. Read More