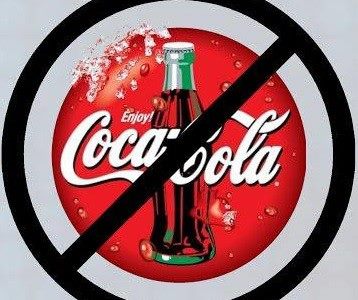 I reproduce this article “Coke-free Panaad Festival” by Butch Bacaoco and hope you find it as interesting and informative as I do. I learn something new every day!

Negros Occidental’s “Panaad Festival”, dubbed as the “Mother of All Festivals” in the province, opens tomorrow. The police have beefed up security measures in preparation for the daily onslaught of thousands of people who are expected to take part in this world-famous event.

Police personnel and force multipliers will be deployed throughout the site’s 25-hectare area to deter pickpockets and snatchers, as well as salisi and bukas-kotse hooligans. Right at the entrance, body checks and inspections will be implemented.

And for the first time in Panaad’s 24-year history, x-ray scanners will be installed at the entrance to detect illegal weapons, drugs, contraband and other prohibited items, particularly Coca-Cola products.

This measure is in line with the provincial government’s ban on Coca-Cola products because of the company’s preference on high fructose corn syrup (HFCS) over sugar, the province’s lifeblood, in the manufacture of its beverages.

“No to Drugs! No to Coke! No to HFCS!” has become the battlecry and rallying point of all Negrenses in denouncing HFCS, which the sugar industry blames for the drastic drop in sugar prices.

Frontliners, and therefore the first casualties, in this battle between HFCS and sugar are the thousands of agrarian reform beneficiaries and marginal sugar farmers who make up more than 80% of sugar farmers in the country. These small farmers and their families will be the first ones to go hungry with Coke’s insistence on HFCS over sugar.

Coke, as well as all beverage makers and food manufacturers who use HFCS, should take heed of the Negrenses’ howl of protest.

Getting banned from the world-renowned “mother of all festivals” in the province is a huge black eye to Coke’s global corporate image. Moreover, being boycotted by local businesses and LGUs in Negros Occidental equates to an abysmal drop in consumers’ goodwill towards Coke.

This scenario is already a freaking nightmare for Coke’s public relations people. (I wouldn’t wish to be in Adel Tamano’s shoes. Adel is Coke’s vice-president for public affairs and communications.)

But when the Negrenses in the grassroots, in the barangay level, roll up their sleeves to enlist their heat-scorched, farm-hardened warm bodies in the fight against Coke, then the conflict’s intensity level significantly surges several notches higher.

Coke must understand that, while its use of HFCS is simply an issue on how many commas there should be in its net income figure, the unabated use of HFCS strikes right at the guts of marginal sugar farmers, who rely solely on sugar for their subsistence.

For these farmers, the images from the sugar crisis of the mid-1980s are still fresh in their minds. They do not want a repeat of such hunger, economic dislocation and social unrest. Presently agitated and restless due to the drop in sugar prices, you can bet that they will not take kindly to Coke’s continuous stonewalling on the HFCS issue.

(For comments and suggestions, email bbacaoco@yahoo.com.)