Zabrina and I recently took a road trip to Dumaguete in Negros Oriental, Philippines. I have previously written a lot about my driving experiences here. I was even inspired to write a book about those experiences,  How To Drive Like An Idiot In Bacolod.

The book is available on Amazon for those of you who are fans of Kindle. It is available for download here in both PDF and ePub formats –

Please see the foot of this post to read the latest review of the book on Amazon.

We enjoyed Dumaguete enormously. It reminds me of certain seaside towns in England with its boulevard. The ornate street lights all along the town stretch of the boulevard reinforce that “English” feeling. You could be in Worthing! Except the weather is hotter!

The town is known as the ‘City of Gentle People’ and that moniker was certainly reflected in the driving style. What a contrast to Bacolod. Drivers of cars and tricycles were all courteous and all too ready to yield to traffic. I wonder if that will ever catch on here in Bacolod? 🙂

It is also well-known for silvanas sold at Sans Rival.

A silvana is a Filipino dessert. It is a frozen cookie made from a layer of buttercream sandwiched between two cashew-meringue wafers coated with cookie crumbs.

The silvana is the cookie version of the Sans rival, a Filipino cake made up of similar ingredients.

The Road Trip to Dumaguete

It took about 7 hours to drive from Bacolod to Dumaguete including pit stops. The intriguing part about the journey is the road leading to Dumaguete outside of Kabankalan. It is of European standards. It is well paved with an asphalt top and the road markings are exemplary. Now why can’t the roads all be like that throughout Negros Island?

According to one Filipno friend, the answer to that lies in the fact that the budget was actually spent on the road and not ending up in someone’s bank account.

The trip takes you through the central mountainous area and the views are wonderful. 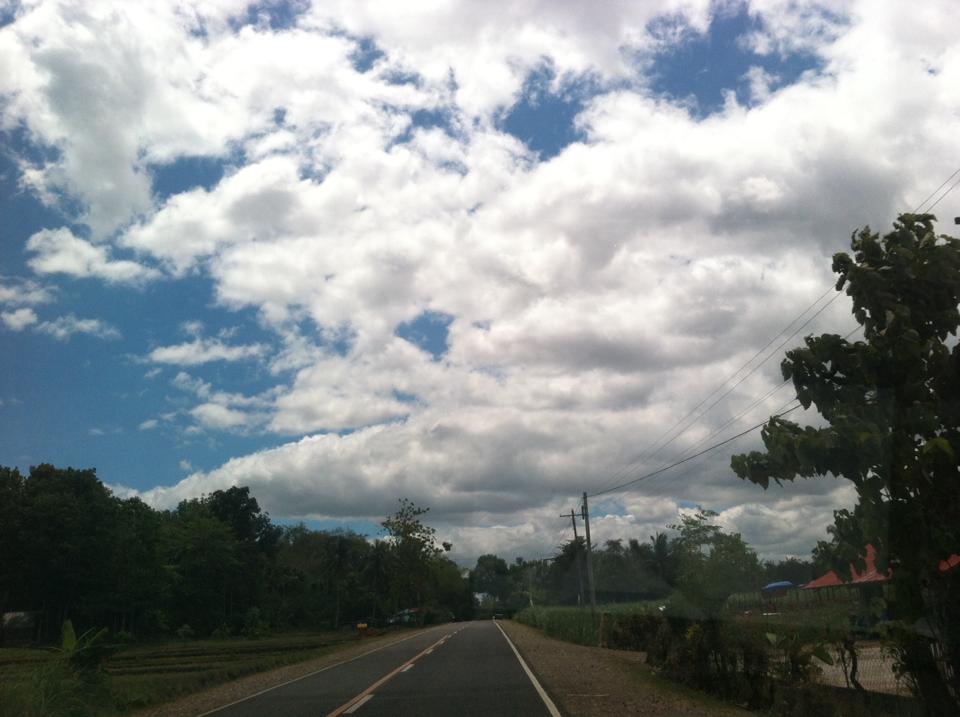 Perhaps one of the reasons the traffic conditions are so much better in Dumaguete than Bacolod is the almost total absence of jeepneys. The tricycles take you anywhere you want to go in and around Dumaguete for only PHP 50.

I can see why many foreigners choose this town as a place to retire to in the Philippines. We shall return!

5.0 out of 5 starsBuy  This Book To Save Your Life – Seriously, I’m not joking, if you want to survive in the Philippines

I have lived in the Philippines for almost two years. I’ve been to Davao, Cagayan de Oro, Manila, Cebu, Bacolod and Valencia City. Steve’s book ‘
How To Drive Like An Idiot In Bacolod’ covers about 98% of the Philippines. Steve paints the picture exactly how it is. If you plan on coming to the Philippines buy this book as your guide to driving. Pleased, also heed his warning about driving at night – very dangerous. My wife and I have a car, but I do not drive, she does – and I have given up attempting to teach her the ‘proper way’ to drive.He is also correct about the wonderful people here. The smiles are wonderful, in fact infectious 🙂 The Filipinos are wonderful to be with – I should know I fell in love with the most wonderful Filipina. Come to the Philippines and enjoy some of the best people on the Earth. You won’t be disappointed – but don’t drive yourself 🙂
5.0 out of 5 stars  An eye-opening look at the way Filipinos drive, from a foreigner’s perspective

I honestly didn’t appreciate the title because Filipinos aren’t idiots. We just drive a certain way because if we didn’t, we’d never get anywhere on time. Or at all. We just have a gung-ho attitude about getting someplace, though we also have a laissez-faire attitude about it as well.

At the same time, I can’t fault the author. From an outsider’s point of view, it’s crazy out there on the streets of Bacolod or any big city in the Philippines. If you’re visiting from a country where everyone follows the rules on the road, then you’re better off having a driver take you around the city. You’re probably better off closing your eyes, too, as your driver runs a red light because he says it’s clear.

Still, it was refreshing to read Bentley’s apparent shock that there are no rules when it comes to driving in the Philippines, just as there are hardly any road markings visible to the naked eye, or that even though there may be signs that say “Keep Right,” no one keeps right.

I appreciated the pictures he included, as well as links to videos that show the reader what he’s talking about. His love for the country and its people is evident, and I appreciated that as well. Filipinos’ driving habits may stump many a foreign visitor like him, but this book shows that their hospitality and resilience amidst everything else is one reason he still calls it home.

I received this book from the author in return for an honest review.