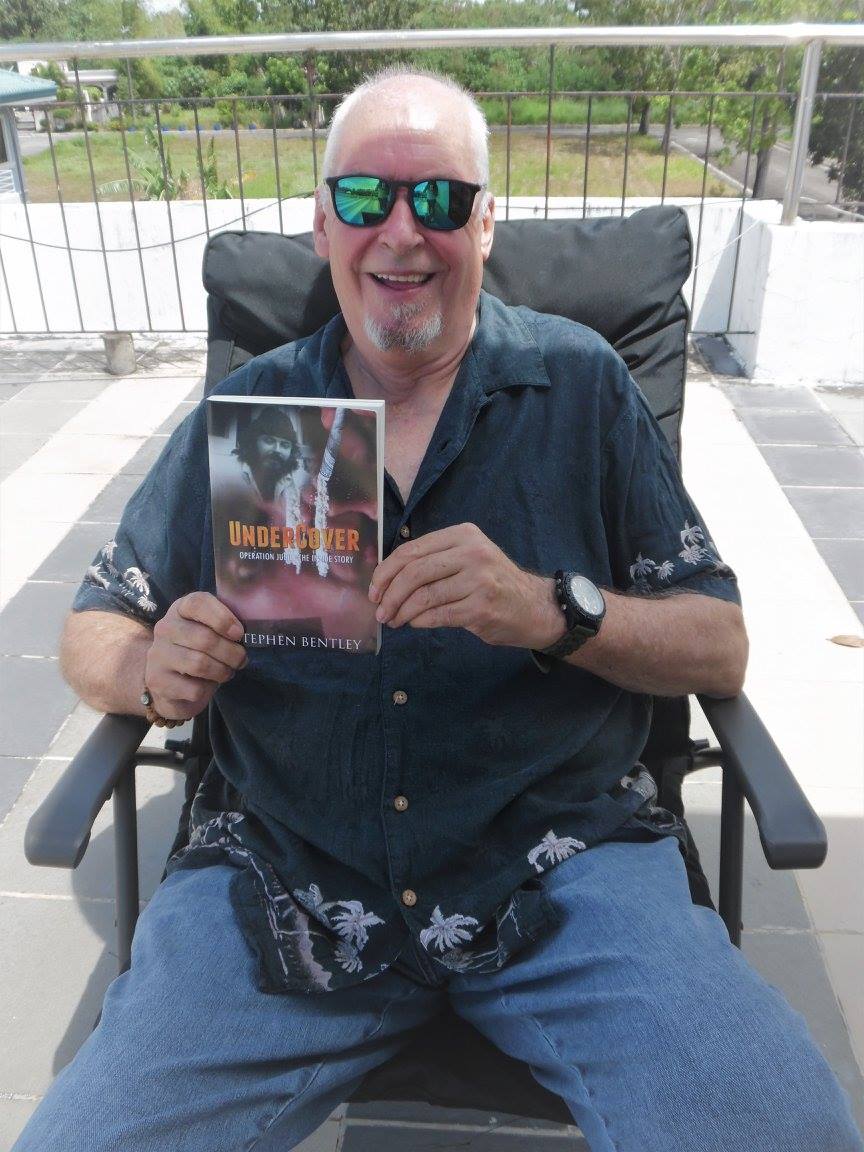 Earth Sunday Productions is a different kind of Philippines talent. In the past I have featured local Bacolod vocalists and musicians. These guys are involved in a film production company.

The guys being Jezrel, Rap Rap, Airo and Jay. They are very good at what they do and a fun bunch to be with. You can find out more about them through their Facebook page. Long story short, ITV Wales hired them to film me for a documentary to be aired in September 2017. It’s all about Operation Julie and my book of course gets some free publicity. Below is a “behind the scenes” video of the day. It was a long day too what with the interview, lunch and some local shots done to add some local interest. This video is courtesy of Zabrina and her talents 🙂

I couldn’t resist the choice of music. Lucy in the Sky With Diamonds was most appropriate 🙂

We also adjourned in the afternoon to Memory Lane at Esperanza to film there. Particularly, we were keen to include some footage of me presenting a signed copy of my book to Edgar, the co-owner of the restaurant. It was a case of a gift from one former undercover cop to another as Edgar is a 21-year veteran of Chicago P.D. but now retired and living in his native Bacolod. He served many years as undercover on narcotics and vice in the “Windy City.” Following on from that we needed some additional local footage so went off to the Hat Trick Sports Bar and Grill where I needed a beer! Thirsty work all this filming lark.

Then finally a few shots and footage of me and Zabrina outside of the Bacolod government building. I wonder who put the “expat” in Bacolod? 🙂 All in all, a wonderful but tiring day and I was grateful for the expertise and company of the Earth Sunday productions crew.

I plan to let you all know the date the documentary is to be aired on UK television and will post a link to it so you can watch the “final cut.”

The following is more of what Earth Sunday Productions are capable of. The first is about eco-systems and dolphins right here and close to Bacolod: