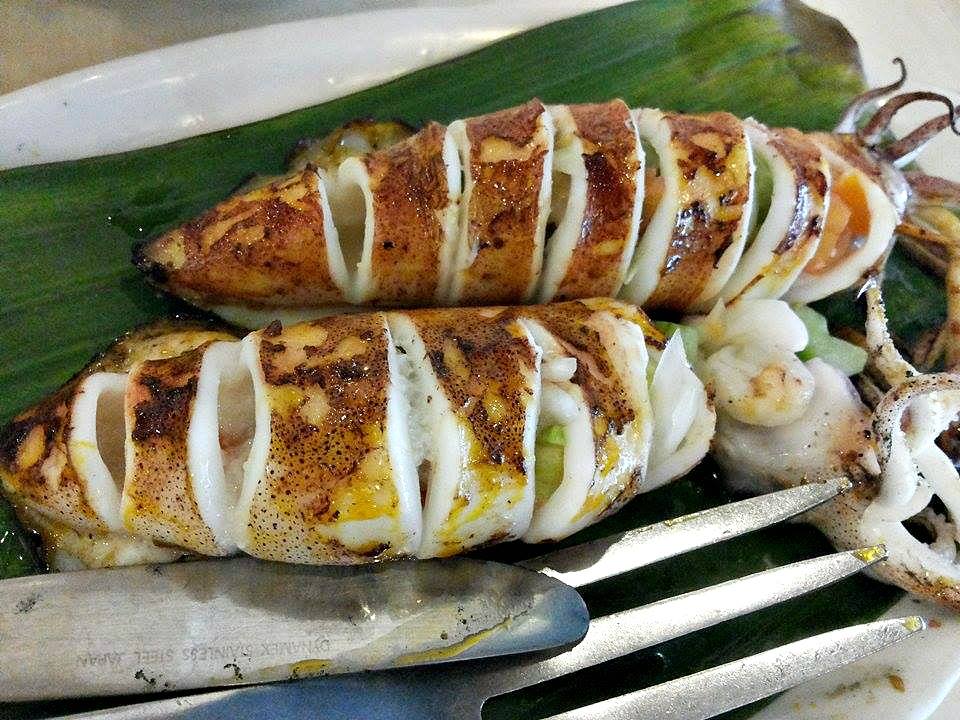 You can call it fishy if you like but there’s nothing fishy at all about two of Bacolod’s finest fish restaurants.

They are Diotay (pronounced Joetie) and Ading’s. Zabrina and I had the pleasure of lunching in both recently on separate days of course 🙂

There isn’t much to choose between the two but they are very different in some ways.

Diotay’s is in  Luzuriaga Street and is more humble and basic than Ading’s but it makes up for it in fast service and the quality and freshness of the seafood is fantastic. It is a little less expensive than Ading’s but most locals will tell you the latter is too dear. I’m not having that as the difference in price is not phenomenal. 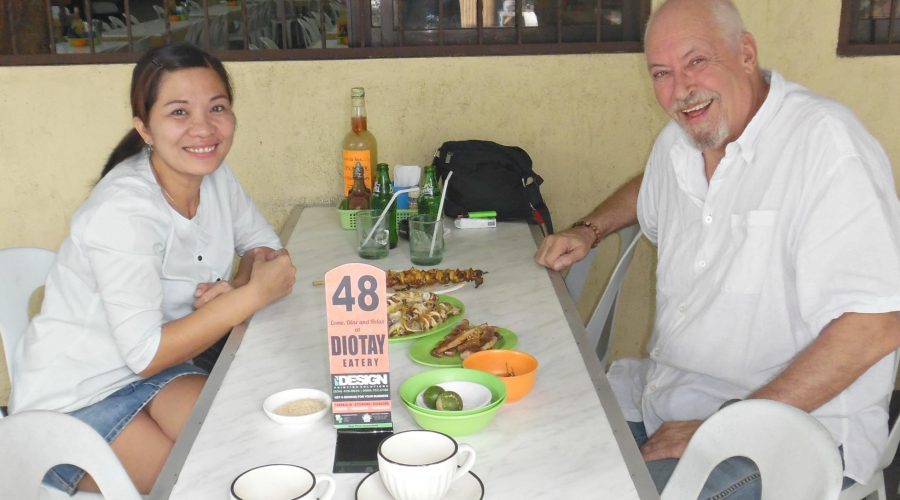 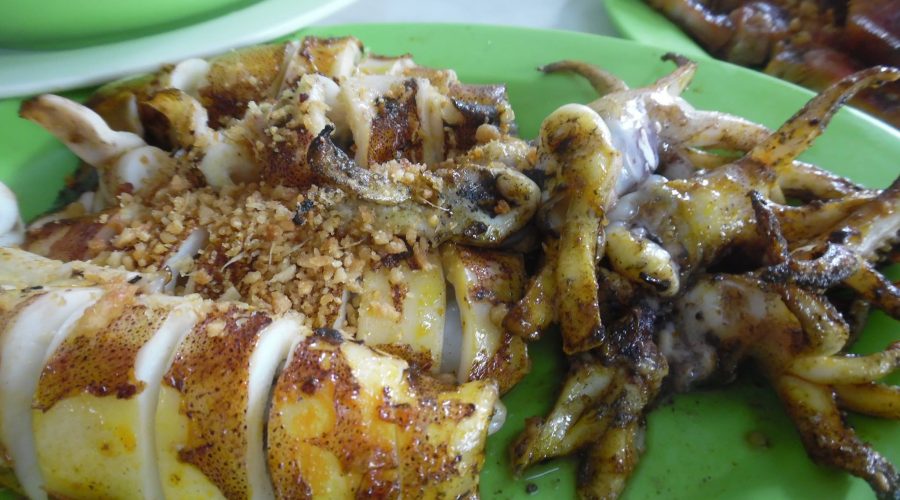 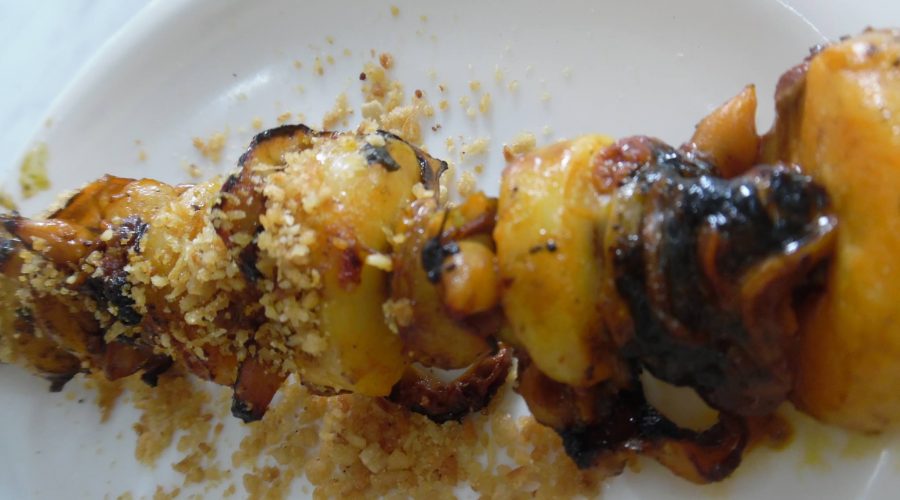 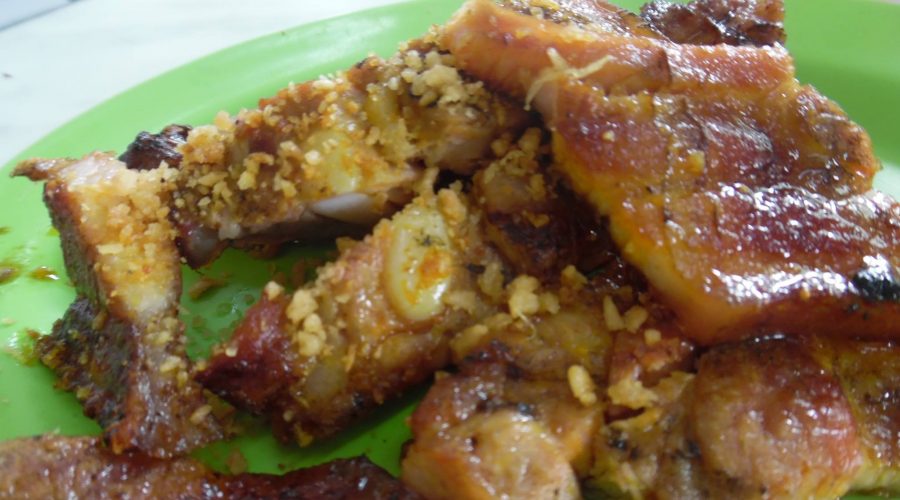 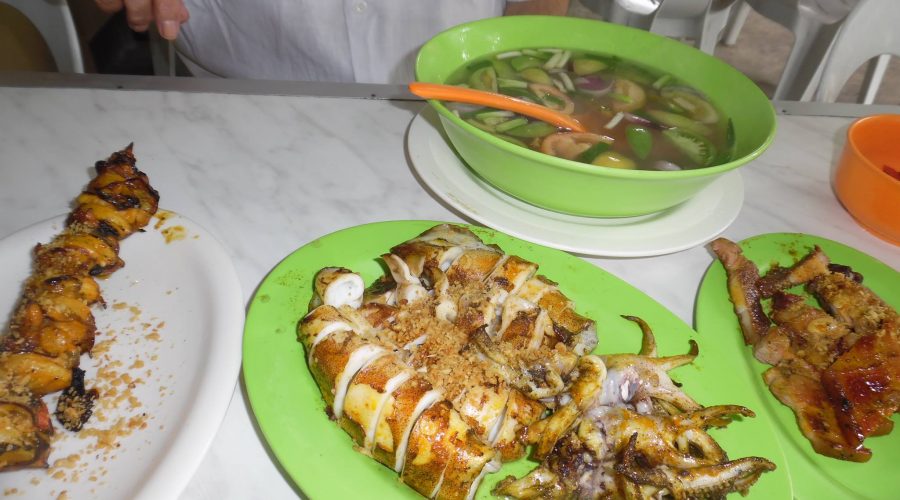 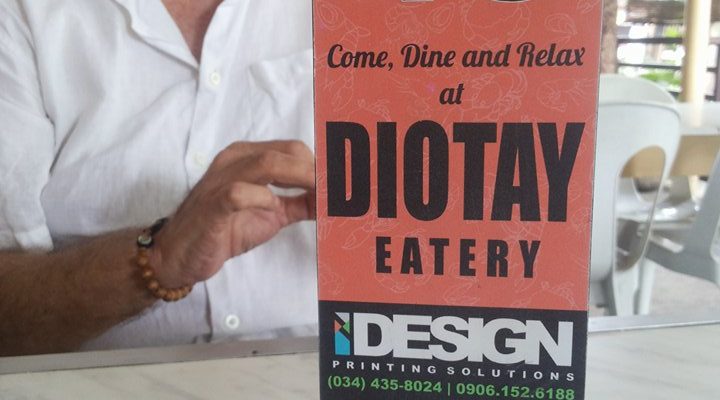 When I say the service is fast, they also go out of their way to please. Our server walked across the street to fetch two coffees from some other place hidden from view.

Just one tip and it’s about tips. If you tip your server make sure you do it discreetly. It seems they do not permit the staff to accept tips. Strange, but apparently true.

One of the main differences between the two restos is the setting or ambiance. Diotay’s is set in a narrow part of the street and facing what appears to be squatters’ homes and makeshift sari-sari stores. If you choose to sit outside then you have a close-up view of real Filipino street life. A good example of this is the delightful picture of the young girl washing in the communal water pump. 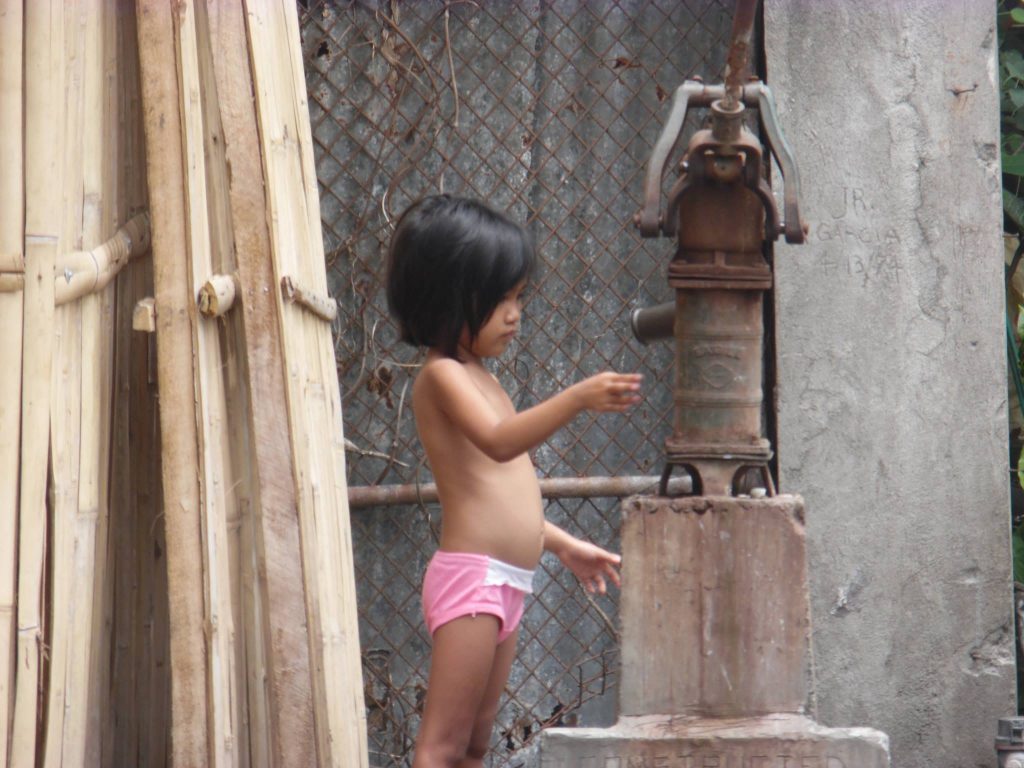 Ading’s Pala_Pala Restaurant is in San Juan Street. Both of these restos are close to the SM Mall. 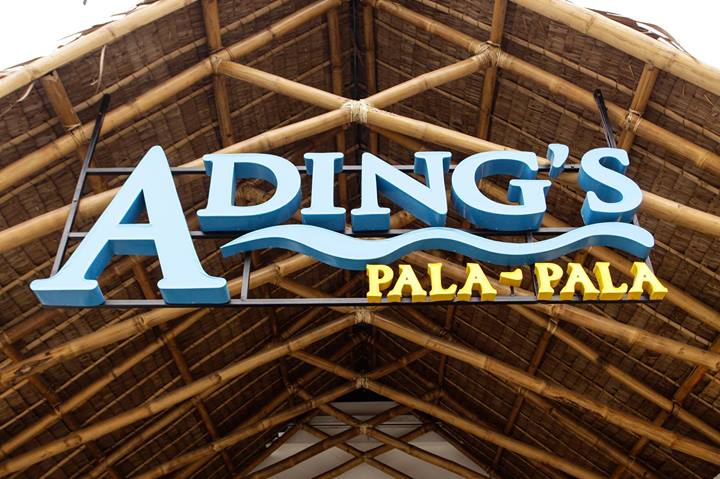 Tips are accepted here as they have a prominent tip box on the cashier’s desk. You can’t fail to miss it 🙂

We ate inside the air-conditioned and separate part of the restaurant. The room has a large open feel to it with its high roof and it well lit with natural light. I like the feel of it in there and I guess most foreigners aka westerners would feel the same. 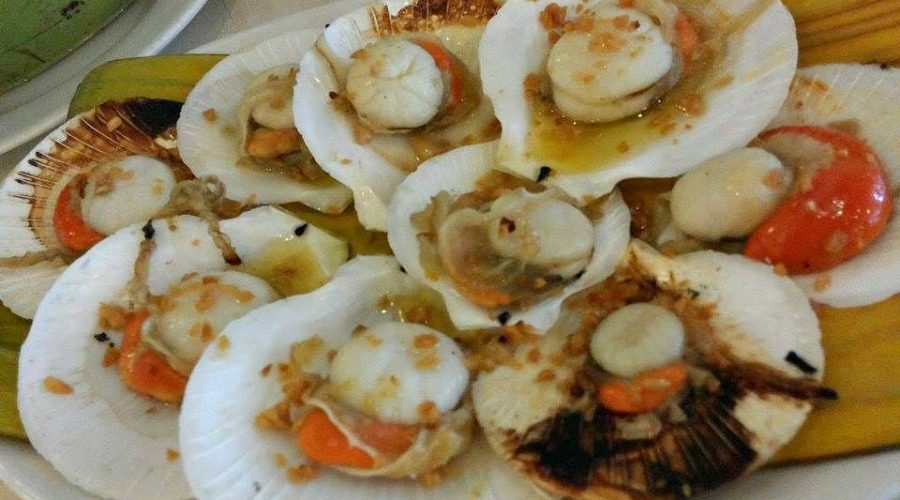 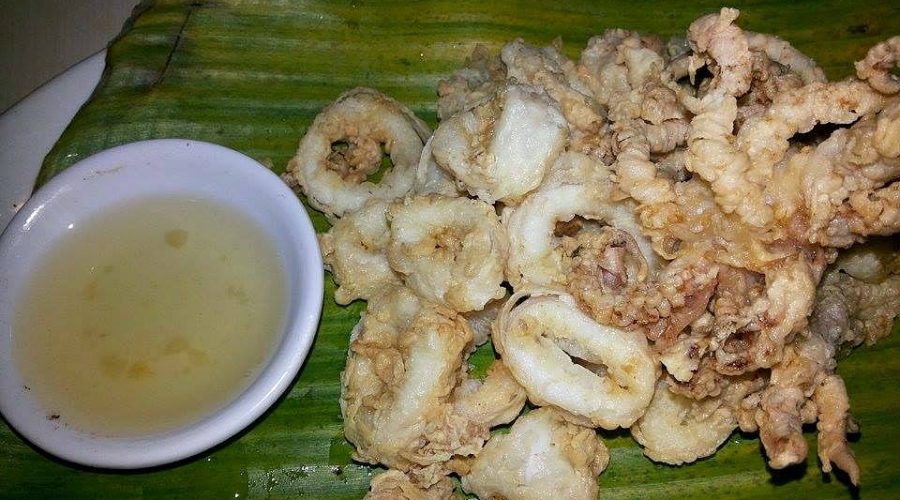 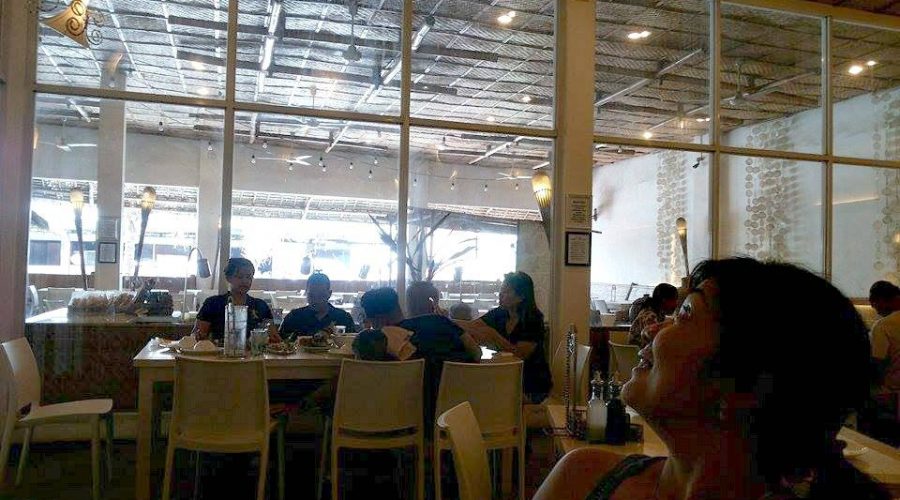 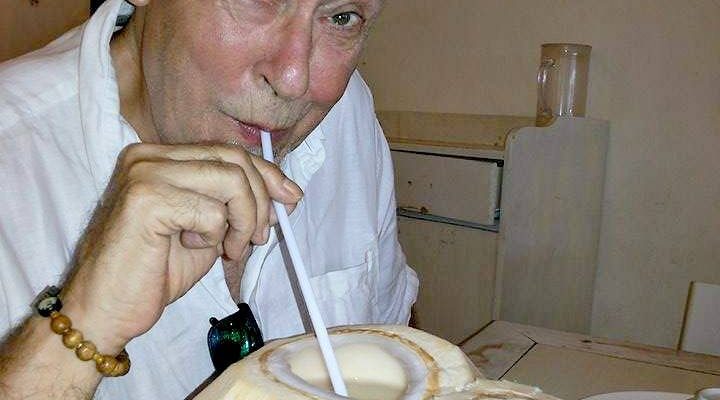 The presentation there is superior to that of Diotay.

Overall Verdict of All Things Fishy

I believe Diotay has the edge. It has faster service, the sea food also has the edge but there is little in it, and the prices are less expensive than Ading’s. But, it’s a close run thing and I am just delighted that we have two fine fish restaurants here in Bacolod. Busog! Busog!

At both restaurants you are able to buy the catch of the day by the weight. You may also tell the cook how you would like it cooked.

The eagle-eyed among you may have spotted pork at Diotay. They serve both pork and chicken at both restos for you non-marine life eaters.

I am told yet another fish restaurant has opened: the Scarborough in the New Marketplace next to the NGC. It has been recommended so I will report back here in due course.

Further thought – some of you may ponder on us foreigners and Filipinos who can afford it eating out cheek-by-jowl with the likes of the underprivileged little girl in the photograph. That is life here, the reality. The contrasts between the haves and the have-nots. I’d love to change it but who am I? That’s for the politicians to sort out.