Published by Stephen Bentley on March 2, 2017

In the first part of my post on this delightful restaurant (but is it?), I extolled the virtues of Esperanza. Yet, I made it clear I had not eaten there and intended to return. I did both – on more than one occasion.

The Food of Esperanza

What can I say? Brilliant home cooked food with all natural ingredients. I tried the specialty of the combo and it was simply delicious without being overpowering.

The buffalo wings are the pièce de résistance  but the back rib ran it a close second.  I spoke to the brother part of the ownership, and cook, and he told me what he used for the spicy coating of the wings. I correctly identified all ingredients but one. He said, “and honey.”

Ging is the sister half of the ownership and I finally got to meet her. What a delightful woman! She told me to try the apple crumble and vanilla ice cream. I didn’t need a second invite and duly ordered.

As they say in these parts “Wow! Grabe!” (Wow! Wonderful!)

To say something is tasty in the local Ilonggo dialect you use the word, “namit.” I’m sure you all know what I mean when we liken wonderful sensual food to a personal intimate moment between lovers. Food can be almost as good as the best sex you ever had! So, “namit, namit” is a phrase that can be used between lovers at a moment of intimacy 🙂

Cool down Stephen! Back to the apple crumble – simply wonderful, again all natural ingredients with no added sugar instead using the sweetness of the apples and honey.  The crumble top is perfect with the right amount of crunchiness. The apples are generous chunky slices and not those wafer thin excuses often found in the commercial version of this classic dish. 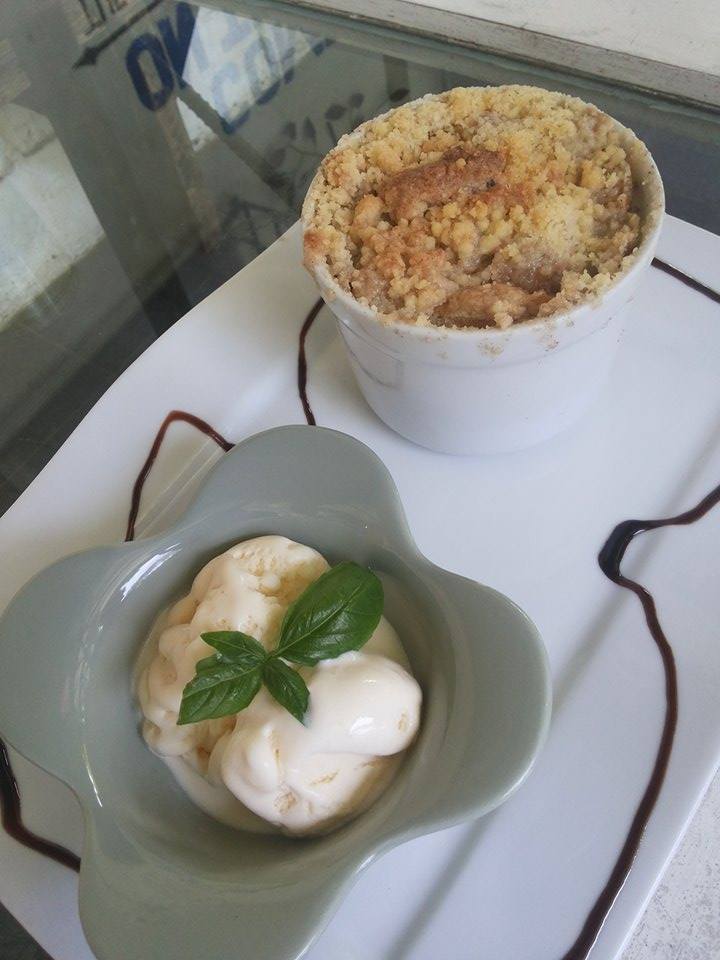 Ging is rightly proud of this dessert. It’s her “invention” and follows her strict guidelines of all things natural. She has long believed in natural food and indeed is a long-time vegetarian. It shows. Ging is such a good-looking woman with four grown-up kids and looks half her age. It’s not only her looks. Ging is full of life and fun!

Now before you get carried away with some notion that I hanker after her, think again. She is married to a retired Chicago P.D. cop with 21 years service. As one former police officer to another, I respect him, especially after 21 years service in a tough city like Chicago. He is now active in coaching basketball to youngsters and is friendly with the local police chiefs. The evidence of the latter point showed on my last visit when the front table was occupied by several local uniformed police officers. Ging pointed out to me that here they paid for the food, unlike Chicago 🙂

Is Esperanza a Restaurant?

I queried at the top of the post if Esperanza is a restaurant. It is and isn’t. It’s like being invited to your best friend’s home. I can’t pay a higher compliment than that, can I?

The longer I live in Bacolod, the more I love it here. I meet such kind, interesting and wonderful people like Ging and met new-found musician friends mentioned in my Philippines Got Talent posts.

PS The photo below was taken on my last visit a couple of days ago. 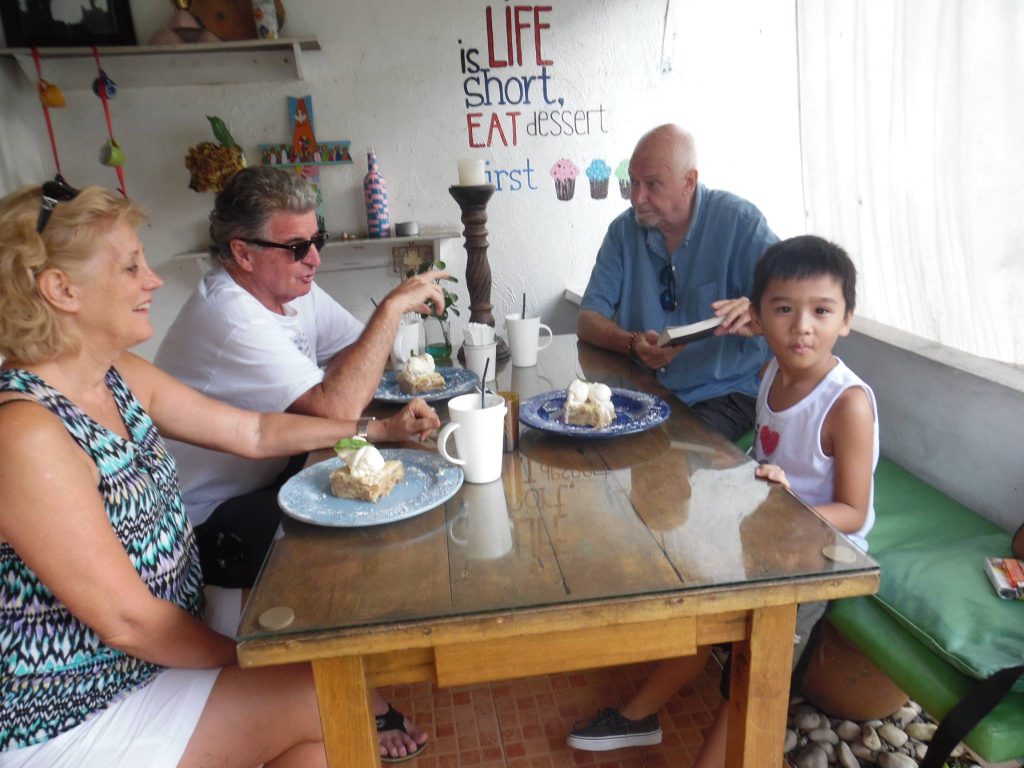 I am with my good friend and fellow author, Jack Kregas and Susan. Botsy (our youngest) photo-bombed the pic 🙂

Soon, I will do a comparative post on both excellent resorts.

If you need to know more about Jack and his books click this link.