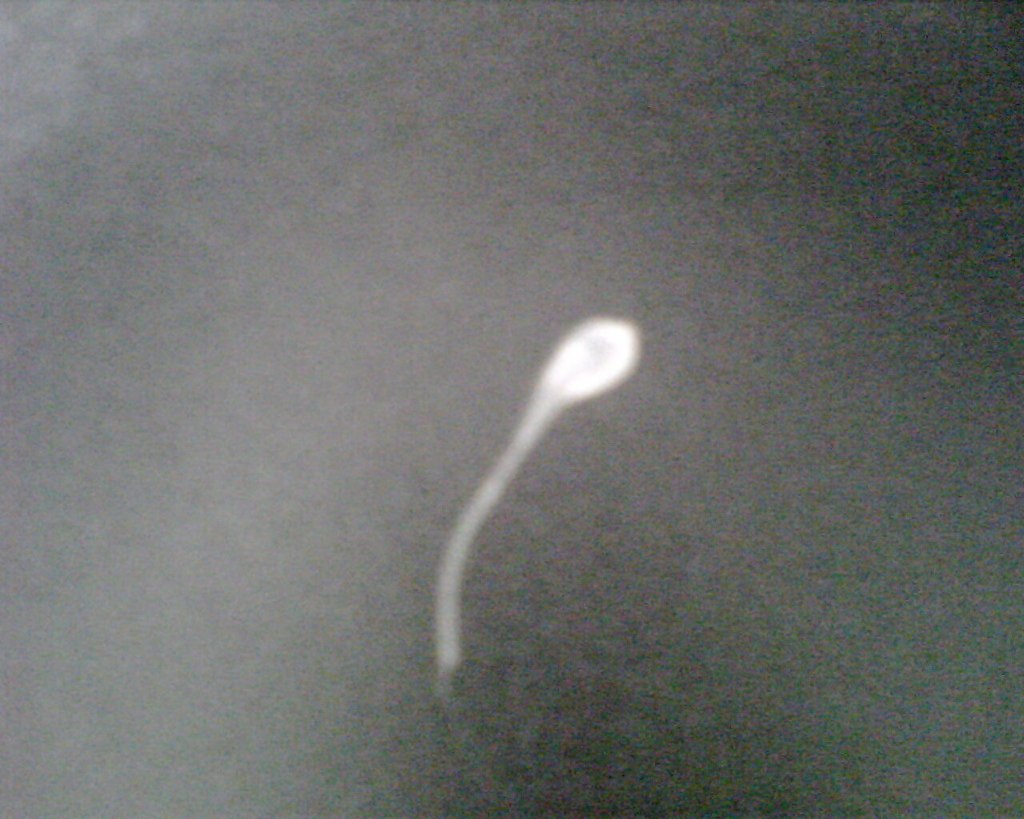 Does Your Sperm Make You a Father?

Yes, you read that right – does your sperm make you a father? Today, I found this blog post from a local Bacolod blogger. It contains the most powerful, moving letter from a daughter to her biological father. I refrain from making further comment as (a) it is a policy of mine to stay out of Philippines politics and (b) there are always two sides to a story.

Yet, I feel compelled to share this young lady’s letter with you. It almost moved me to tears.

Hello! This is Gabie, your biological daughter whom you have neglected in the last 15 years or so. I thought I would let you know that I have successfully finished high school here in Canada, through hard work and perseverance and by the grace of God and my family’s support, my mom, step dad or uncle and half-brother. My highest mark was in my Writer’s Craft class where I got 91% and so I hope that mark is reflected in this letter.

Though I bear your name and your blood runs in my veins, you have never been a father to me. I am now 18, and about to start a new chapter in my life in university. It’s a whole new world to explore and I’m excited and nervous at the same time. But before I start this new chapter, I feel the need for closure on what you did and didn’t do when I reached out to you earlier this year.

Congressman Gasastaya (I’m sorry but I cannot even call you “father”) when I left the Philippines in 2009, you broke my heart when you didn’t show up to say goodbye. My mom has arranged for us to meet for the last time because she knew it will be years again before I will be able to see you. But you stood me up at the last minute for some flimsy reason of having a meeting out of town. My 11-year-old mind didn’t understand why you couldn’t make it. I remember holding back the tears as I asked my mom why… but she didn’t have any answers for me.

In my last seven years here in Canada, I haven’t received a single phone call from you… not one Christmas card nor a birthday card. I am Gabie Gasataya, daughter of my mother, step-daughter of my uncle, sibling to my half-brother, granddaughter to my nana, grandpa and lolo… I am Gabie Gasataya, daughter of the universe, but not yours. I stopped asking why a long time ago. I know that dwelling on it will only screw me up. I am smart enough to keep that thought sealed in the deep recesses of my brain.

But, where our father-daughter relationship stops, your legal responsibility does not. As a member of the newly installed Philippine Congress, I know you have full understanding of family law. But even with that understanding, you have clearly and deliberately abandoned your obligation to me by not providing child support. You did so only in 2012 and 2013 when you sent $100-$150 from time to time which you abruptly cut off. Back then, my mom asked you for child support knowing it was only a matter of time before I go to university. Your financial situation has significantly improved that time after being elected into public office a number of times already.

Before my 18th birthday earlier this year, I told my mom I will ask you again for child support because it is my right as your biological child. I was also burdened with the thought of finishing university with a $50,000 student loan. My mom found a lawyer in Bacolod to represent me and an undertaking was drafted for you to sign. The undertaking stated that you swear to pay a monthly child support until I finish university. But you never signed the undertaking. On April, 2016, the child support that you started sending on January, 2016 stopped. Similar to what you’ve done in 2013, you cut me off without any explanation.

After this, I know that the next logical thing is to push through with my child support case to compel you to fulfill your responsibility. Believing in the justice system, I know that the court can compel you to act responsibly. What an irony when your campaign slogan in the recent elections said that you champion education for the poor. And here I am, your own flesh and blood, and you intentionally cut me off. You became every poor student’s champion, except mine, your own daughter. You are sending your step-daughter to one of the most expensive universities in the Philippines — and yet you have abandoned me.

When it was brought to your attention that I am pursuing the child support case, you and 3 of your political friends and donors contacted my mom so I won’t pursue the case. On an internet phone conference with my mom, your political friends offered to pay for my child support in the amount of 2 million pesos on your behalf. They told my mom that they are doing it because it is the right thing to do. They said your second wife is preventing you from sending the child support so they will do it as a favor to you. While you barely said a word in the phone conference you thanked your friends and told them you owe them one. You and your friends then told my mom to delete all the negative posts she wrote on Facebook against you, Mr Congressman Gasataya. Afterwards, you asked my mom how much I needed for the first year and you told her that your friends will take care of everything. Your friends asked us to drop the child support case because they will take care of me. And then you Congressman Gasataya told us your group will send $4000 by the end of May, 2016 to cover for the university deposit.

The month of June, 2016 came and went and you and your friends have forgotten about our conversation/ agreement. Once again I became a victim of your schemes. Your political friends were worried that your name will be tainted and your transition from the city government to congress will be a rough one with a child support case on your head so you stopped me from pursuing the case with another false promise… another lie. Should I have expected anything less from you?

I have applied for a student loan which has to be paid when I finish my university. I know my mom has my back and she will do everything to help me in my new journey. But it would have been a huge help, if you had championed my education too – in the same way that you had championed the education of the poor students of Bacolod.

It was wrong for me to think you had the decency to help me since you are now doing better than 10 years ago when you were just starting in your political career. Congratulations Mr. Gasataya! You are now a true-blue politician who can deceive and play on the hopes and future of an 18-year-old girl like me. I am dismayed that you have lost your humanity when it comes to me.

Somehow, I thank you for opening my eyes… that people like you become less human and more greedy with more power in your hands. How you treated me with false promises, lies and deception is a real reflection of who you are. I cannot imagine how you credit your victories to the Glory of God and profess to be a good Christian when you can do this to me.

This letter is my closure. I want you to know how I feel. I am dismayed. When before I felt robbed of a relationship with you, now I feel disgust of what a politician you have become. I want the people you serve to know who you really are. You do not serve them, but you serve the interests of your political friends. I want your President to know who he is working with — an irresponsible father, someone who owes favor to political friends, someone who has strings attached. Thank you for the bitter life lessons. I have learned to be brave and strong, to believe in myself and my capabilities. I asserted my rights. I took a stand. But I am just a girl. I do not have your elaborate schemes of deception. I do not have your resources. But this here, is my payment and my closure – to expose you for who you really are.

As a postscript here is a message Gabie sent out on her Facebook page: