Monthly Newsletter: Past Present and Future

The Expat in Bacolod monthly newsletter is to be cancelled from February 2019. The updates from my author website will continue as usual. The main reason behind this is I had combined my subscriber list from here and my author website. The newsletter went out with a combined RSS Feed* showing posts from both sites. Sadly, the January newsletter looked a mess owing to some glitch with the RSS Feed. I am unable to fix it. Here’s how it will affect you if you are an existing subscriber to the newsletter. If you see my posts via WordPress and/or WordPress Reader – nothing changes If you only follow this blog via the newsletter, there will be a link back to this site from the author… Read More When I first started blogging I “attended” a useful Blogging 101 course run by WordPress. I got to know some great people and bloggers from around the world and became friends with some of them.  John Steiner is one such friend. He writes on his blog PhotobyJohnbo. It is, as he calls it, some reflections on places traveled and photos taken or simply Journeys With Johnbo. John recently reviewed my book, Undercover: Operation Julie – The Inside Story, after he won a free signed copy in a competition I ran here.  He also asked me to provide him with a guest post. I obliged. One of John’s great passions is flying and here he tells us all about it. Enjoy! But I Digress… Always Vigilant… Read More 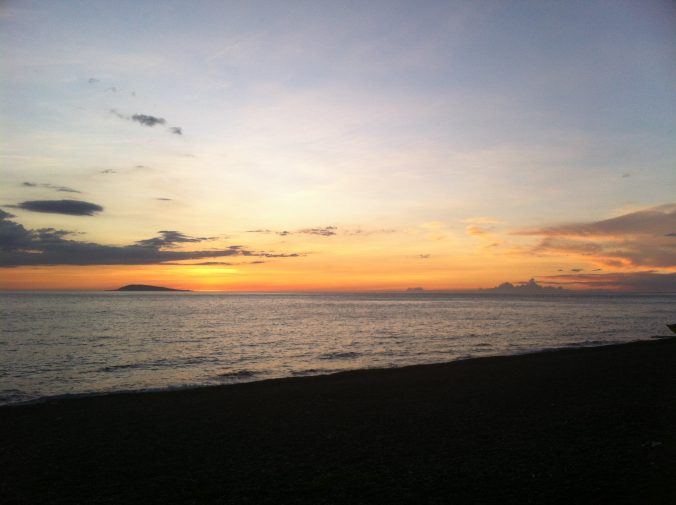 Some of you may have noticed earlier today you were redirected to my author website as this blog was under temporay maintenance. The end result is a slightly newish look. I was trying out a new theme to refresh the look of the site but it didn’t quite look right so back to the old theme but with a different header image. This time showing a scene from the Philippines. A new theme will arrive soon but when, I could not say with any certainty. Anyway the news and the new era is ushered in by announcing the winner of the last and final competition to win my new book: Tralla .. the winner is Tony Bushell! Congrats Tony! And thanks for being a loyal… Read More 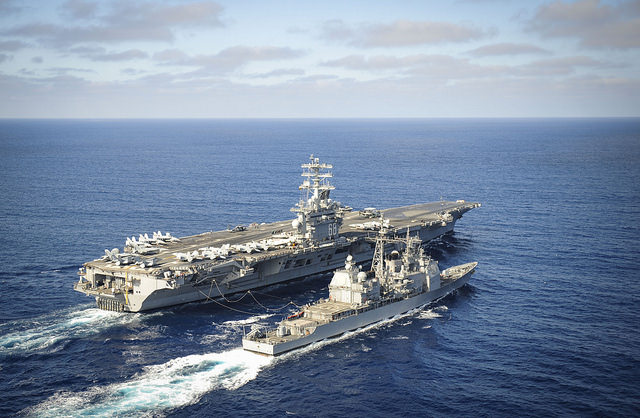 Current look back at the home front | Pacific Paratrooper

Pacific Paratrooper is a great blog I found researching for my next book. It deserves a re-blog of its most recent article that I found fascinating: My Years of Eating Dangerously by: William Jeanes, former editor-in-chief of ‘Car and Driver’ Marie Osmond told me on tv that she lost 50 lbs. eating prepackaged meals sent to her home,… Source: Current look back at the home front | Pacific Paratrooper Twitter is still partly a mystery to me. I say “partly” because the penny is starting to drop. If you want to have a presence on Twitter then you need to engage! It’s no good just shouting about your book, blog, or whatever else you have created and believe is a masterpiece. So, let me tell you about my #1 Pro Tip about social media in general and Twitter in particular. Before I do that, who needs it? If you are a “creative” then I suggest you need it. That applies if you are a writer, blogger or musician. You want to ‘tell’ the world about yourself and your work. This article could go on at length about social media and Twitter. It is such… Read More 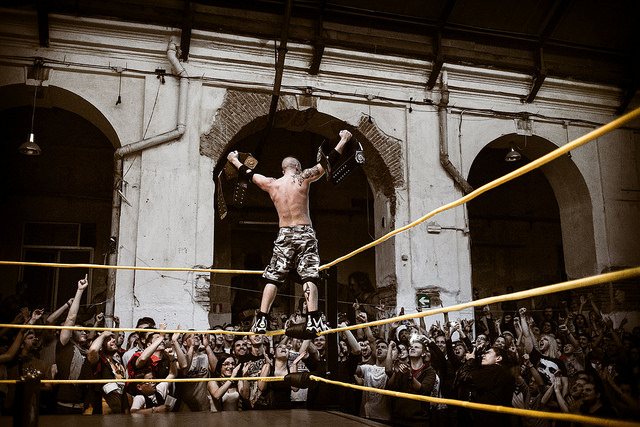 Competition time and a big thank you to all my subscribers to this blog, the author website, Facebook ‘Fan page’ or those of you who bought my first book How To Drive Like An Idiot In Bacolod through my two websites. Those are the ways you ended up as subscribers and as entrants into a competition (s) to win a FREE signed copy of Undercover: Operation Julie – The Inside Story. It will be published in paperback only on September 14, 2016. If you are a Kindle fan, please see the end of this post. Here’s the thing. It’s time to march on to the end of my three competitions. I bet most of you have forgotten about them  or the details. Only one of the… Read More Evolution happens in our lives, in our careers. It happens! Sometimes it is forced upon us either through our own crass mistakes or the fault of others. Blogging evolution is no different. Since my retirement my blogging and writing activities have gathered momentum like the proverbial snowball rolling down the mountain side. Or, is it more of a rolling stone gathering no moss? I started blogging on the Google platform, I think it’s called blogger.com, some 3 or 4 years ago when I was living in Thailand. I have learned so much especially in the last 12 months. That learning curve should be put to good use. It is. I have started up a new blog (yes, another one!) called EasyBlog.net. I will be using it… Read More This short post first appeared on my author website – Expat in Bacolod is the name of my blog. The idea always was, and still is, to separate my blog from this my author website. This site is primarily intended to showcase my books. My blogging activities are concentrated over at Expat in Bacolod. Yet, there are a number of overlaps. Those overlaps have led me to merge my subscriber lists. Instead of having two lists as before, I now have merged them into one list. To be frank, it makes sense and saves a lot of time. What does it mean for you? Nothing. You have to do nothing. If you subscribed to this list here you will start to receive my blog’s weekly… Read More 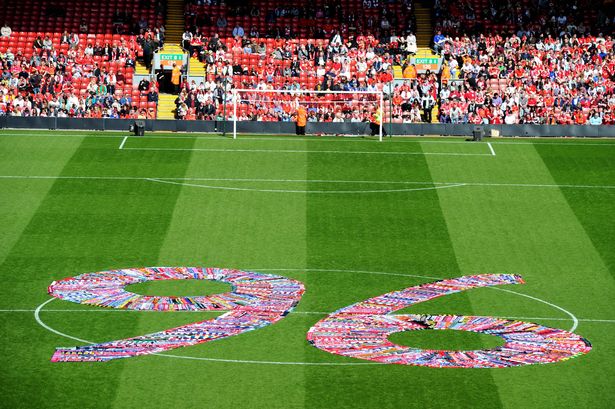 The 27th anniversary of the Hillsborough Disaster will be commemorated tomorrow at Anfield, the home of Liverpool Football Club. “Tomorrow will see the last memorial service held at Anfield to pay tribute to the 96 Liverpool fans who died following the disaster at the FA Cup semi-final on April 15, 1989. The memorial service at Anfield will begin at 2.45pm, but those wishing to attend the event had to apply for tickets by March 31. Those without tickets for the service at the stadium will be able to pay their respects across Liverpool. The anniversary, which comes as the jury in the Hillsborough inquests are considering their conclusions, will be marked with a minute’s silence at 3.06pm – the time the match was stopped. Public… Read More 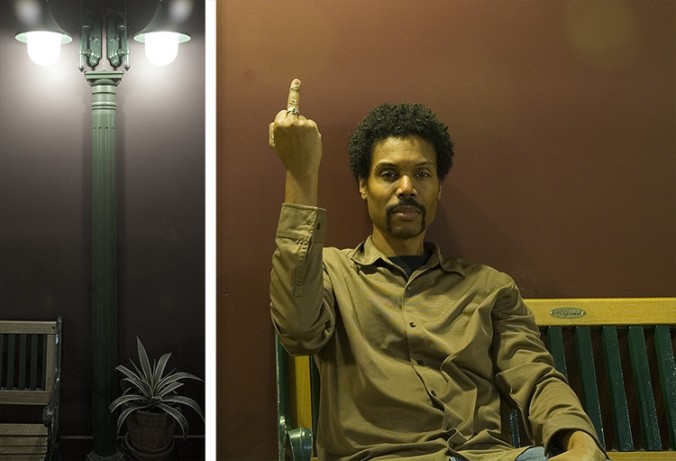 I pull no punches in writing about a web hosting service that sucks! And, I mean truly sucks! That service (oxymoron) sounds like it is the opposite of ‘Come Mummy’ 🙂 I now have two active websites. This blog and my Stephen Bentley – Author site. A change of web hosting service was forced upon me recently. It was a case of friendship and business not mixing. I’m sure you have been there too!  A former ‘friend’ is a re-seller of hosting. I was with his service for some 8 months before he gave me an ultimatum to find another hosting package. As he only gave me a week before he pulled the plug, I went to ‘Come Mummy.’ What a nightmare! 404 messages constantly – a… Read More