Why I Love My Nikon

Nikon is a Popular Choice Among Cafe Blogsters

Nikon appears to be the ‘go-to’ camera of choice among members of the Facebook group Cafe Blog.  It is a group for bloggers that met during  either Blogging 101 or 201 run by WordPress. Allow me to introduce you to four blogging members of the group. They appear in no particular order.

I asked them to collaborate with me for this post. The brief was to write about their camera and/or lenses and accompany the blurb with one pic taken with that camera.

First up is Robert P. Doyle of Soundtrack of a Photograph.

I use a Camera-Nikon D3100 (though I also still shoot film occasionally which is a Nikon N80). My lens is a  18-55mm typically, though I also use my 50mm frequently.

To date this is the only digital SLR I have purchased and I love it. It is a great entry level model budget wise, but the quality of photographs it takes is wonderful. I also like that it feels very similar in my hands to my Nikon Film camera which I have had for years. Solid and well designed with all buttons in easy reach, and an easy to understand menu. As you get more comfortable with it, the camera has loads of features. And my favorite thing about Nikon cameras is that all the lenses they have ever made, are interchangeable, so you can use a lens from an older camera on this, or any Nikon camera. I would definitely purchase this, or any other Nikon camera again. Wow! Robert, that is one stunning picture above.

Sandy Vern of Scribbles and Musings needs no introduction. She is responsible for inspiring my #FavFotoFriday series on my blog.

I am still relatively new to having a DSLR camera. I bought my first ‘big girl’ camera just a little over a year ago (Feb 2015). After some research on which camera to get, I decided on a Nikon D5300. I am definitely still learning but at least for me it has been pretty easy to learn the basics of using this camera. I was able to quickly move on to shooting manually shortly after getting the camera. I mainly use it for shooting wildlife around my home. Lots of birds and squirrels mainly but whatever other critters wander into our yard is fair game for ‘shooting’ practice.

As far as my favorite lens goes, it is a toss-up for me. I have the Tamron 70-300mm and the Tamron 150-600mm. In the relatively short time I have had my camera and lenses I have probably used these two lens pretty exclusively. I love being able to zoom in and see the expressions on the birds and other critters faces. As well as the fine details of their entire little beings. It is like being able to hold them in the palm of your hand and examine each little animal.

If I “had” to choose (thankfully I don’t!!) between these 2 lenses I would say the Tamron 70-300mm is probably much easier to work with as it isn’t quite as heavy as the 150-600 so it makes it a much more portable lens. Yet with a little time you quickly get used to the bigger lens and at least for me it is worth the extra effort and muscle strength to be able to get a more up close and personal view of the wildlife that passes through our yard.

For me, I am quite happy with my camera and my lenses and would definitely recommend them to others interested in getting a DSLR camera. Sandy, that is a fabulous shot. It was difficult to choose a feature image for this post but I chose yours seeing you were the inspiration behind #FavFotoFriday.

John of Journeys With Johnbo is up next and he says:

In my volunteer work, I use an assigned Nikon camera, an older D90. When it came time to purchase my own DSLR, I didn’t want to relearn anything, so I purchased a D5100 with two kit lenses. Got used to it and took it on many photo excursions. Then a friend offered up his D7000 as he was upgrading to a full frame DSLR. I purchased it a couple of years ago and have found that it does everything I need, and has some pro features that I really like; probably my favorite is dual SD card slots. I have the second slot defined to automatically backup the first card so I don’t worry about losing photos before they get transferred to my computer for processing.

Carrying around the extra lens to cover the range of 18 to 200 mm became an extra hassle, especially if I wanted to travel light. My latest purchase is a Tamron 16-300 mm zoom lens. In one lens, it provides wider range than I got with the two kit lenses. The Tamron also has the ability to shoot macro, an example of which is shown here. The only time I use either of the kit lenses now is if I plan a portrait shot. The Nikon lenses are both slightly sharper than the Tamron. Having said that, few would notice the difference.

If I were to upgrade at this point, I envision another D7xxx series. I’ve been tempted to purchase a D7100 refurbished from Nikon directly. I’m glad I haven’t yet done so, and am now considering the D7200 as it has the one thing I would like to add, WiFi access. It also has a newer image sensor and larger image buffer.

You can view more of my photography on Journeys with Johnbo, my travel and photo blog: http://photobyjohnbo.wordpress.com John, great shot of the dragonfly and that Tamron lens sure seems versatile.

Last but not least is Danielle of The Thought Card. This is Danielle’s contribution:

Capturing the perfect moment is so important to me. Photos not only enhance my travel blog by teleporting readers to the exact place I’m describing, but it also makes a distant memory last a lifetime.

I recently purchased my first DSLR camera after wanting to learn photography. I outgrew the basic commands of a point-and-shoot and I wanted more creative control. After months of researching the best newbie camera that allowed room for growth, I purchased the NIKON D3300.

The NIKON D3300 is perfect for first time DSLR users because the functions are really easy to use. You can quickly switch from automatic to manual and I love having a wide range of lenses from 50-200mm. The only thing that bothers me about this camera is how heavy it is. People warned me about this but I chose to ignore it before buying. Also since my camera is red, everyone notices my “fancy” camera, which can be a safety concern during my travels. Would I purchase a NIKON D3300 again?  Look at this photo I took in Barbados – Absolutely! 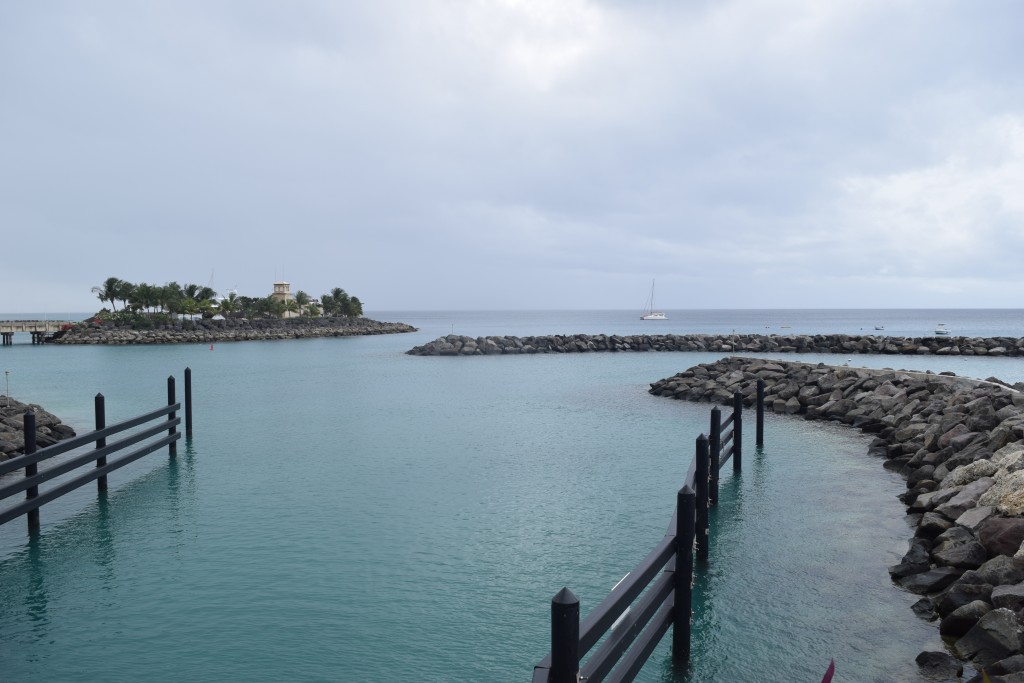 Another great shot! Makes me want to go to Barbados. But, I would have to explain the rules of cricket to you guys if we all went there together 🙂

There we have it. I am fortunate to know such talented bloggers and photographers and I recommend you click on those links above and see what they are up to.

Finally, I guess I had better contribute too. This pic below seems to be the one that most folks click on when they see it on Twitter. I know why – they are cute! I am the odd one out. As regular readers will know, I am a Canon man. Nothing wrong with Nikon at all. People can argue about the respective merits of both. For me, it comes down to brand loyalty and familiarity.

By the latter, I mean Canon and Nikon set out their controls a little differently from each other. You get used to one and it’s difficult to switch. It’s not impossible, so maybe I may try a Nikon myself some time in the future 🙂

Happy shooting! And a big thank you to Robert, Sandy, John and Danielle.