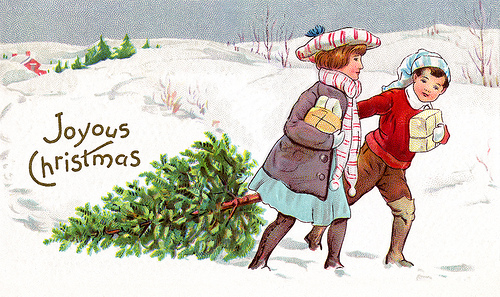 Christmas Eve: Criminals and Detectives Do Not Stop

Published by Stephen Bentley on August 4, 2015

Christmas Eve and I was on duty throughout the day. I was a Detective Sergeant in a town in Hampshire, England. Bob was a Detective Constable. We were the only detectives on duty that day working a 10 hour day minimum but on call out through the day and night.

Some time that afternoon we were summoned to a house in the town. There had been a burglary, or home invasion as my American colleagues call it. The home owners had been out for a few hours completing their last minute gift shopping.

On their return home they found every room ransacked. Items and belongings turned upside down. Naturally they were very upset. Several items of electrical goods had been taken. A TV set, hifi system and a CD player.

Bob and I made our way there after the uniformed police had been and gone. We introduced ourselves to the still upset victims of this crime. Then we began to take a good look around with experienced eyes.

Bob noticed what looked like an official document half hidden under a chair. He pulled it out and showed me.

It was an official government booklet showing entitlement to social benefits. I showed it  to the occupants of the house. No, it did not belong to them. They had never seen it before and the name in the booklet meant nothing to them.

We completed all our routine inquiries and went back to the police station. On checking our local records we found the name that was contained in the booklet.  Tommy, for that was his name, was well known to the court system and had done some time for breaking into homes and theft. We had his address in there too.

It was now about 8 pm on Christmas Eve. Young children had been tucked up in bed excitedly awaiting the arrival of Santa Claus the very next day. People were caroling from pub to pub and the unique atmosphere of Christmas Eve was all around.

Bob and I knocked on Tommy’s front door. A middle aged Irishman with white hair answered.

In an unmistakable Irish brogue the man replied “That’s me“. Furthermore he carried on “I know why you are here“. So we cautioned him ( a UK version of Miranda) and I told him he was being arrested. He simply said ” I’ll make a full confession at the police station“.

One more job left to do before we took Tommy to the station. “Tommy we are going to search your house for the stolen goods”. He agreed to that but added “please don’t go in the kids’ room. They are fast asleep. I swear there’s nothing in there. I already sold the stuff.”

Christmas has a strange effect on even  the most hardened of detectives. I would normally have searched that room. But ‘good will to all men’ kept flashing through my head. We had our man. The home owners were insured. What are insurance companies for anyway?

“OK Tommy. I believe you.” I said, but didn’t really believe in what I was saying. Nevertheless we searched the entire house, except the kids’ bedroom, from top to bottom including the attic and found nothing.

On the way to the station Tommy asked if we could stop and have a beer somewhere. This was an unusual request. I hesitated. He was harmless I thought. What’s the problem? So I said “OK”.

It was now after regular opening times for pubs and the like. But Bob and I knew a small hotel where we often had a drink after hours. We went up to the back of the hotel and wished John, the owner, a Happy Christmas. After a couple of beers we were back in the squad car and en route to the police station.

Tommy was as good as his word. He made a full confession.  He explained that he had a drink problem. Earlier that day he had collected his social benefit money but had spent it on alcohol.  In his befuddled state he committed the crime and inadvertently dropped his book at the scene of the crime.

He spent the rest of the night in the police station cell. Later he was dealt with at court. He pleaded guilty and was sentenced to 15 months imprisonment.

A few years later I bumped into Tommy in the main street of the same town. To be frank, at first I didn’t recognize him.

Tommy pumped my hand and kept repeating “you are a gentleman. The fairest copper I have ever met. Thank you sir.”

“Thanks for what” I said.

“Not searching the kids room‘”

“Oh OK.” I was struggling to recall all the details. Then I recalled what had happened that Christmas Eve.

“Out of curiosity Tommy. Was the stuff in there?”

“Yes sir. It was. And I felt bad about not telling you. But the kids had just gone to sleep. It was enough getting grief from the missus. She would have hit the roof if you had gone in there and woken up the kids.”

Tommy was truly grateful for that. Following his release from prison he enrolled in the Twelve Steps program to tackle his alcohol adiction. He had found gainful employment and was now steering  clear of his former dishonest ways.

There is never a Christmas Eve that passes when I don’t think of Tommy the Irishman.

I do hope he stayed away from the booze.