España is the focus (pun intended) of this week’s #FavFotoFriday. Here is my now customary thank you to Sandy of Scribbles and Musings for the inspiration.

España or Spain to many people is a wonderful country. While living in England it was easily accessible and I visited on many occasions.

It is a country that for many Brits conjures up images of beaches, sombreros and cold beer. The beaches are fine but my favorite parts of España are to be found inland. To be exact, in the mountains.

The mountains of Spain provide a welcome relief to the heat of the coast and major cities. It has cool clear air and the scenery is unchanged from what it was centuries ago. The shot above was taken in  Albarracin. I think it has to be one of the most beautiful places on earth. I am not the only one to think that, as this article in the Huff Post makes clear. It gives 13 reasons why it is considered to be the most beautiful village on earth.

It has an ancient past.  This is what the Huff Post had to say –

In 711 A.D., Moorish soldiers from the North of Africa crossed the Strait of Gibraltar, making their way north conquering the Christian Visigothic Kingdom of Hispania. From 718 until 1492, the Christian Kingdom fought back to reconquer the Iberian Peninsula. This period is known as the Reconquista (Reconquest). Albarracín became an important military fort at the time because of its strategic location, and after the final collapse of the Umayyad Caliphate of Córdoba in 1031, it remained independent as an Islamic kingdom (Taifa). In 1170, Pedro Ruíz de Azagra was granted lordship and the House of Azagra ruled for over 100 years as an independent territory called Señorío de Albarracín. Today, you can still see the Azagra name on signs and shops along the streets. The history is rich, marking the village with a range of cultural influences that are celebrated to this day. 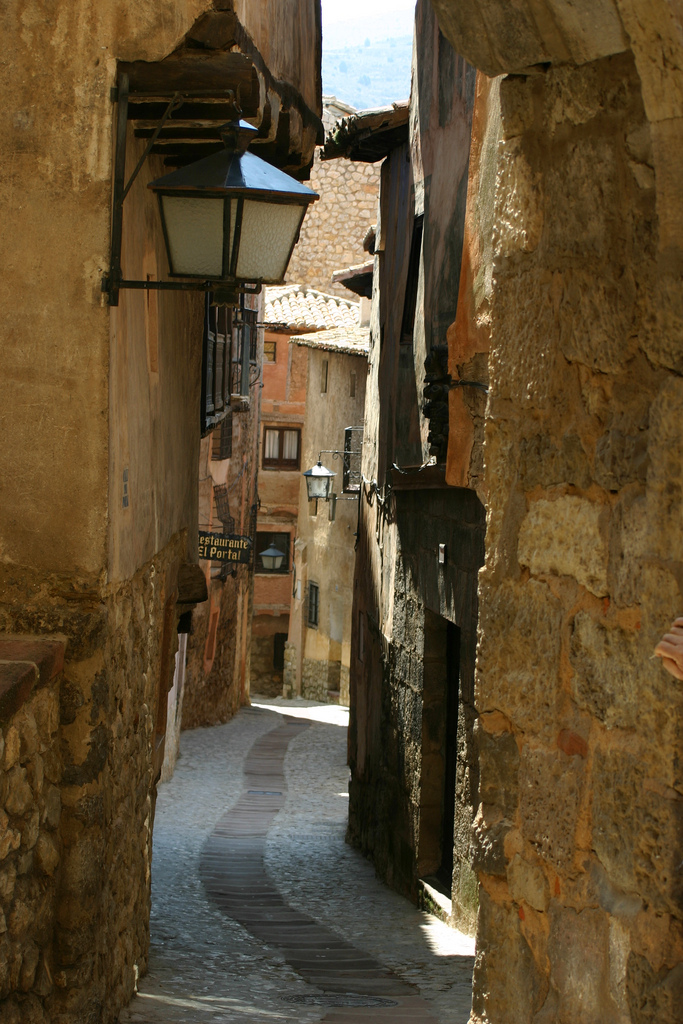 Check that narrow alley out! That’s what I call old! And I’m a Brit used to old stuff 🙂 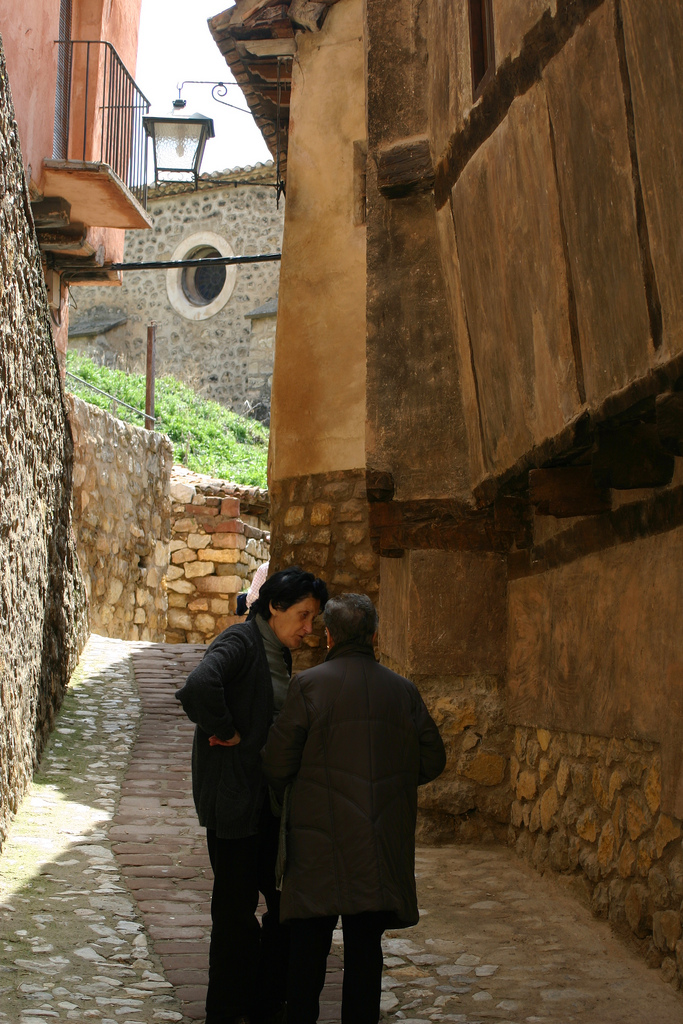 If you ever make it there then make sure you try the local tapas. Yummy is yummy the world over!
***

Thinking of a point and shoot? Click here for the full Canon range.

You know I am a Canon fan but here is the Nikon range of cameras.

To view all posts in the  FavFotoFriday  series, click on the link to your left.  Photos featured  in the series can be viewed by clicking on that link. They can also be viewed on Flickr and most were taken using  Canon camera and lenses. To those of you who are keen photographers, the full data and EXIF is displayed on Flickr. If you require any download of any images please contact me as ©All Rights Reserved.

This post and other posts and pages on this site contain affiliate links, which means I receive a small amount of commission if you make a purchase using these links. You pay the same price even if you don’t use my links. The commission is not added to the price you pay at checkout.

All opinions expressed about a product or service are my own. I have received no free products or services. I only promote brands that I have full confidence in.

This website is independently owned and operated by Stephen Bentley. As such, the small amounts of  affiliate commission payments help to offset the site’s running costs.