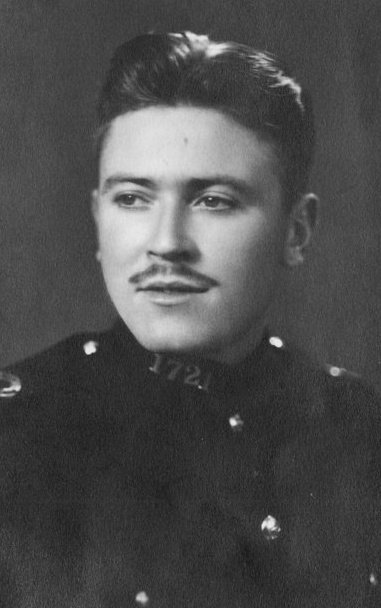 Published by Stephen Bentley on April 1, 2016

My origins lie in the North of England. To be precise they lie are in Accrington, Lancashire. Although unsubstantiated rumor has it that I was created in Morecambe, Lancashire in about July 1946. Mum and Dad were on honeymoon in that Lancashire seaside town at that time. Strange, I don’t remember it 🙂

Although my origins lie in Accrington (or Morecambe) I was forged in Huyton, Liverpool. That is where I grew up from the age of 12 months. My father joined the Liverpool City Police Force in 1946 and Mum and I moved there in 1948.

All this is a slight departure from the origins of FavFotoFriday. A series inspired by Sandy of Scribbles and Musings. But, what the heck, they are still favorite photos and it is a Friday!

My Origins in Photographs

That is Dad above looking like a movie star of the era! He is in police uniform but I believe it is the uniform of the Palestine Police.  The collar number does not appear to be a Liverpool City Police number. Their numbers always had a divisional letter suffix. For example, when he was attached to the Liverpool Traffic Division his number was 45T.

The Palestine Police during WW2 was a paramilitary force. In 1944 the Police Mobile Force (PMF) was created as a fully militarized strike force, which was part of and under the command of the Palestine Police. Established with 800 British servicemen, who had been on active wartime service in Italy, North Africa and Britain, the PMF was organized, trained and equipped along military lines. Members wore ‘battle dress’ and were trained in a special training depot based in Jenin. 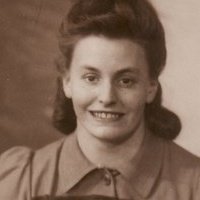 And above is my Mum. That is a smile I knew and loved. I wish I could see it one more time. She was a twin and the youngest daughter of the family. My maternal grandparents (below) had six children. One baby died soon after he was delivered. I can see a tiredness etched into their faces. It could not have been easy bringing up those kids. I still recall my grandmother going out to work in the evenings well into her fifties.  She would spend hours on her knees scrubbing the floors of a school she worked at.

It was the norm in those days to have a professional portrait picture taken. Even working class people like my forebears would do it.

Yet, that last picture does not appear to have been taken by a professional. Perhaps my Dad took it? He had a Brownie box camera when I was a kid.  That is what I used to take my first photographs.

Times have moved on. Most of us don’t even know what film is these days!

The origins of today’s cameras

can be traced back to the Brownie. There are so many relatively inexpensive cameras to choose from now. Some of them I show you below (see my affiliate disclosure here.)