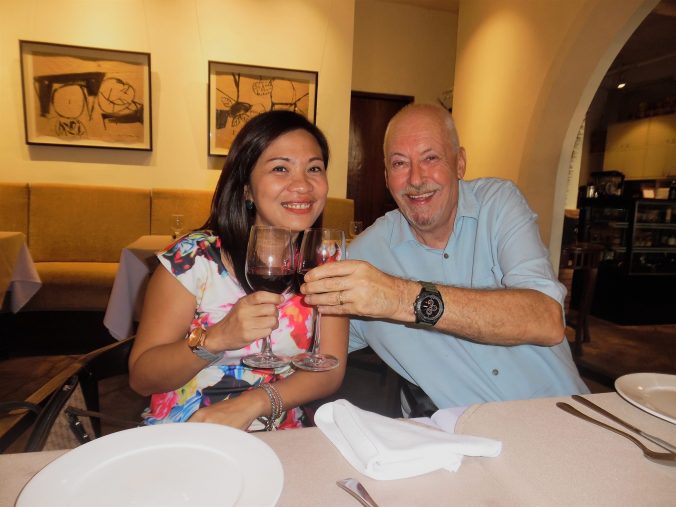 Expat In Bacolod Got Married!

Yes, you heard me right – me, an expat in Bacolod got married! I was the lucky man to slip the ring on Zabrina’s finger at our wedding ceremony on August 17, 2017, at the Hall of Justice, Bacolod. We were both happy as I believe you will see from the photos and videos.   It was a great day for many reasons. Not only did I marry the woman I love but we had two dear friends as our witnesses, Ging and Edgar. Thanks for the flowers, Ging! To top it off, we were married by the most lovely man – Judge  Estefanio S. Libutan Jr.  He did his duty but added such a warm, personal touch. Our two dear friends were instrumental in… Read More The Farmhouse at May’s Organic Garden in Bacolod is a little gem. As the name implies, the food is all organic and natural ingredients. It was a busy Sunday and this place wasn’t our first choice but I am so pleased we ended up there for lunch. It was busy out on the roads owing to huge swathes of Bacolod City being subjected to a scheduled brownout (power outage) for maintenance purposes. First we went to Punta Taytay to try one of the restaurants specializing in fish. But they were ridiculously busy and the one we did go into did a nice line in loud “boom boom” music. If you can call it music! No thank you so we turned around and headed back through Sumag… Read More

King of the Road In Bacolod

‘King of the Road’ was a huge hit for singer Roger Miller in the 1960’s.  It had nothing to do with driving a car, parking it, Bacolod or the Philippines. I use that title because it sums up the attitude of way too many car owners in Bacolod. They think they own the road. They believe they can do just as they damn well please and to hell with any other road user. Some of you who have followed me since 2015 will know this is a familiar refrain from me. I even wrote a book about it. This is a great cue to remind you of that book and a cool new Amazon feature. Let me show you first: Wow! How cool is that!… Read More You can call it fishy if you like but there’s nothing fishy at all about two of Bacolod’s finest fish restaurants. They are Diotay (pronounced Joetie) and Ading’s. Zabrina and I had the pleasure of lunching in both recently on separate days of course 🙂 There isn’t much to choose between the two but they are very different in some ways. Diotay’s is in  Luzuriaga Street and is more humble and basic than Ading’s but it makes up for it in fast service and the quality and freshness of the seafood is fantastic. It is a little less expensive than Ading’s but most locals will tell you the latter is too dear. I’m not having that as the difference in price is not phenomenal. When… Read More

Watch UK TV in the Philippines – No Dish Needed

There are times when British expats want to watch UK TV in the Philippines. Now you can and no dish is required. With UK Expat Media, you can access over 300 channels of premium UK TV including many sports, drama, movie channels as well as the BBC, ITV, Channel 4, and virtually anything else you care to watch. Sports includes all the Sky Sports, BT Sports, Eurosports channels as well as some U.S. sports channels. There are also the MUFC TV, LFCTV and Chelsea FC channels available. Movies include every single Sky Movies channel. Not only do you get all that, but also catch-up TV and a whole vast library of movies and documentaries. So, whatever your tastes there is something for everyone. To find… Read More 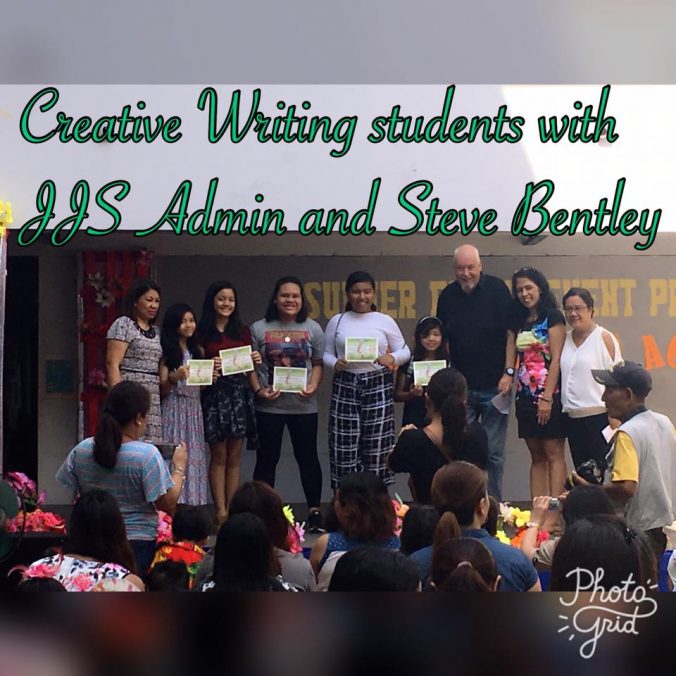 It was my great pleasure recently to meet several of Bacolod’s aspiring authors. Not only did I get to meet them but I had the privilege of teaching them creative writing at Jack and Jill School, Homesite, Bacolod. Through that 4-week summer program I really got to know these girls aged between 12 and 15 and they were talented. Not only that but they were fun and intelligent; a credit to themselves and their parents. I started a series here recently under the title Philippines Got Talent. It featured local musicians and vocalists in the main. Now, I can tell you this country, and Bacolod in particular, has talent in the field of writing. All of the students took a full part in the writing… Read More Guerrero Farm Nature Park is indeed a gem. I recommend it highly and if you go I can guarantee you won’t be disappointed. What is Guerrero Farm Nature Park? The words of one reviewer best describe what it is – The best place to unwind and chill because you’ll get the chance to be with the nature, the garden is really amazing, and the water of the pool is fresh. It’s a perfect getaway for family bonding because it’s not over crowded and the amenities are designed for family outing. I can’t really add to that succinct description but I can tell you how much all our family enjoyed the day there. One of the things I can add is that it is located high… Read More Blessed Are The Pure At Heart: Filipino Style

Blessed are the pure in heart: for they shall see God. – The Gospel According to St Matthew Chapter 5 There is something humbling about men and women who possess a purity of heart. In my life I have found many such people and many have one thing in common. They get their hands dirty and often toil in the most difficult of conditions. So it was when I experienced a tire blow-out yesterday. Luckily, neither Zabrina or I were hurt and we didn’t hit anything or hurt anyone else. There was an almighty bang then a fearsome noise. The rear nearside tire had shed its tread, striking and cracking the mudflap and creating one awful racket! The bang drew the attention of a nearby construction crew on… Read More I reproduce this article “Coke-free Panaad Festival” by Butch Bacaoco and hope you find it as interesting and informative as I do. I learn something new every day! “Coke-free” Panaad Festival Negros Occidental’s “Panaad Festival”, dubbed as the “Mother of All Festivals” in the province, opens tomorrow. The police have beefed up security measures in preparation for the daily onslaught of thousands of people who are expected to take part in this world-famous event. Police personnel and force multipliers will be deployed throughout the site’s 25-hectare area to deter pickpockets and snatchers, as well as salisi and bukas-kotse hooligans. Right at the entrance, body checks and inspections will be implemented. And for the first time in Panaad’s 24-year history, x-ray scanners will be installed at… Read More 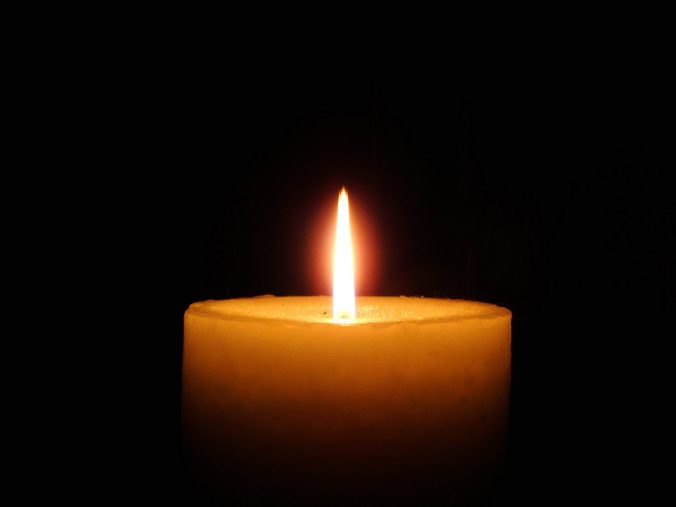 Yes I love Bacolod and the Philippines but nowhere is perfect! Customer Service Lip Service came to mind and the title inspired by a sign outside of the CENECO building here in Bacolod. It read ‘Customer Service 24/7.’ CENECO is the Central Negros Electric Cooperative and provides power to the homes and businesses of the region. I challenge it on its claims about customer service because I experienced the fact it either sucks or is non-existent. First, you need to understand what happened. I rent a 2-story town house and was just about to shower last Monday morning when the electricity failed. I thought another brownout, but I was wrong. We had been disconnected. I pay the bills but no one had bothered to tell… Read More