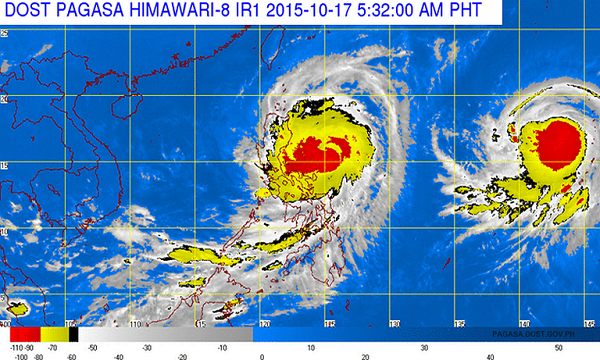 As Typhoon Lando (international name Koppu) now moves slowly away from the Philippines it would be remiss of me not to thank all my family and friends who sent me messages yesterday expressing concern for me and my family here in the Philippines. It was greatly appreciated and touching. I messaged them back to tell them we were fine. I added that in Bacolod we were experiencing the outer rain bands of the cyclonic system with its strong squalls and sudden heavy downpours of rain which can last from anything from 2 – 3 minutes to 30 minutes or so.  This is repeated throughout the day and night. However that is nothing compared to its effects in northern Luzon province. One factor in inquiring after our… Read More In case you are wondering about the title it is a sincere prayer to the Lord. I have what is known as faith and I believe in God and his Son Jesus Christ. I try to abide by Christian values and often fail to do so. I still try though. I believe in the loving nature of Jesus and his teachings – not for me all that fundamental Old Testament stuff. Fundamentalism is the root of so many evils in our world today. I have faith for many reasons. I can sense a spiritual well being in my soul when I reflect inwardly. I feel an inner peace. I was also inspired to faith by people I have known and still know. My grandmother was… Read More Stormy Weather! Or Why I Prefer the Philippines to British Weather

I write this during yet another thunderstorm and a heavy downpour here in Negros Island in the Philippines. I love thunderstorms. Are you one of those people fascinated by the TV documentaries about storm chasing, whirlwinds and all that other violent weather that us humans have to contend with? I know I am. Where did all that start? I mean loving thunderstorms . In my case I can trace it back to when I was a child, but more of that later. I am also conscious as I write that violent weather can kill people. That is a fact all Filipinos are aware of as a result of the regularity of typhoons sweeping through the archipelago. I have often heard Filipinos refer to two distinct monsoon… Read More 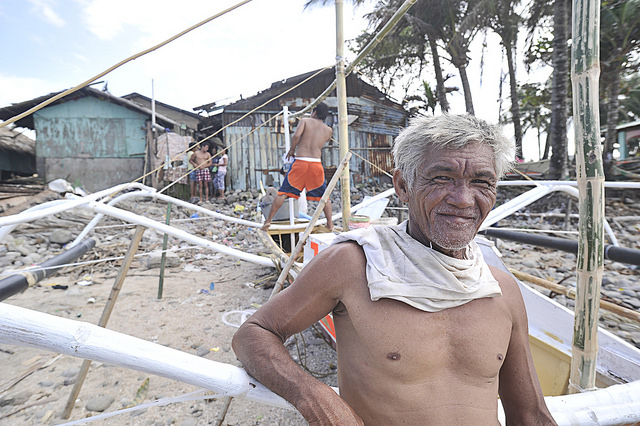 An Old Man after Typhoon Yolanda

This article below is a stark reminder that not everyone has so far benefited from the responses in the aftermath of Typhoon Yolanda as to the rebuilding of homes and the lives of the people affected. It brought to mind a chance encounter I had with one old man at Sugar Beach, Santa Fe, Bantayan Island, Philippines. The article is here: Malacanang on Sunday vowed to take further action to aid those displaced by deadly Super Typhoon Yolanda in 2013, following UN criticism that the government’s response so far had been “inadequate.” Source: Govt vows action on Yolanda rebuilding after UN criticism | ABS-CBN News Like many thousands if not millions of others, I had watched on from afar at the news footage of the destruction… Read More