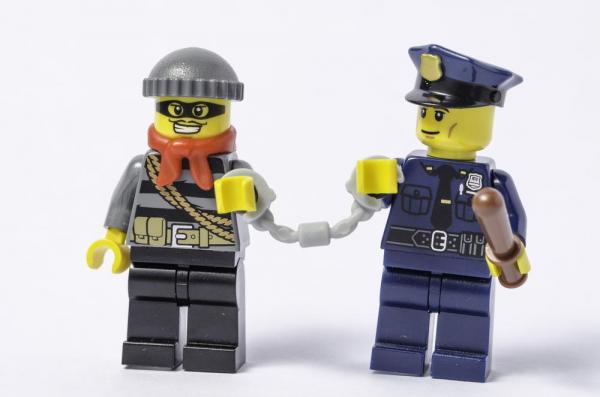 This is what they had to say about the incident:

An Oregon man was taken into police custody after agreeing to sell stolen Legos to an undercover officer in a sting operation.

Pavel Illich Kuzik, 25, was arrested while driving a stolen car and booked on multiple outstanding warrants according to a press release by the Portland Police Bureau.

Kuzik was suspected of stealing expensive Lego sets from Fred Meyer superstore locations and selling them at discounted prices on online marketplace OfferUp.com.

Police and Fred Meyer Loss Prevention began investigating Kuzik in February 2016 before he was arrested on March 3. The investigation is ongoing and further charges are expected in the case.

The Portland Police Bureau advised consumers to be wary of third party sellers, noting that new items sold at a discount may be stolen and difficult to trace.

But there is a serious side to this story. Did you know that in many jurisdictions in the world that you have no legal title to stolen goods that you may have bought in good faith?

You could buy an item costing hundreds of dollars not knowing that it was stolen. If the police identify it as stolen property and seize it from you as evidence, then you have lost both your money and the item!

That is a good reason in my book to buy from reputable sources.

Returning to a lighter note – during my undercover days on Operation Julie there were times when I was completely ‘out of it’! Non compos mentis!

But, I never saw myself as a Lego undercover cop …

I reckon Lego is a great gift for kids of all ages. Click here for the full range.

This post and other posts and pages on this site contain affiliate links, which means I receive a small amount of commission if you make a purchase using these links. You pay the same price even if you don’t use my links. The commission is not added to the price you pay at checkout.

All opinions expressed about a product or service are my own. I have received no free products or services. I only promote brands that I have full confidence in.

This website is independently owned and operated by Stephen Bentley. As such, the small amounts of  affiliate commission payments help to offset the site’s running costs.