Many people know what an apostrophe looks like. In case you do not, here is Exhibit A – 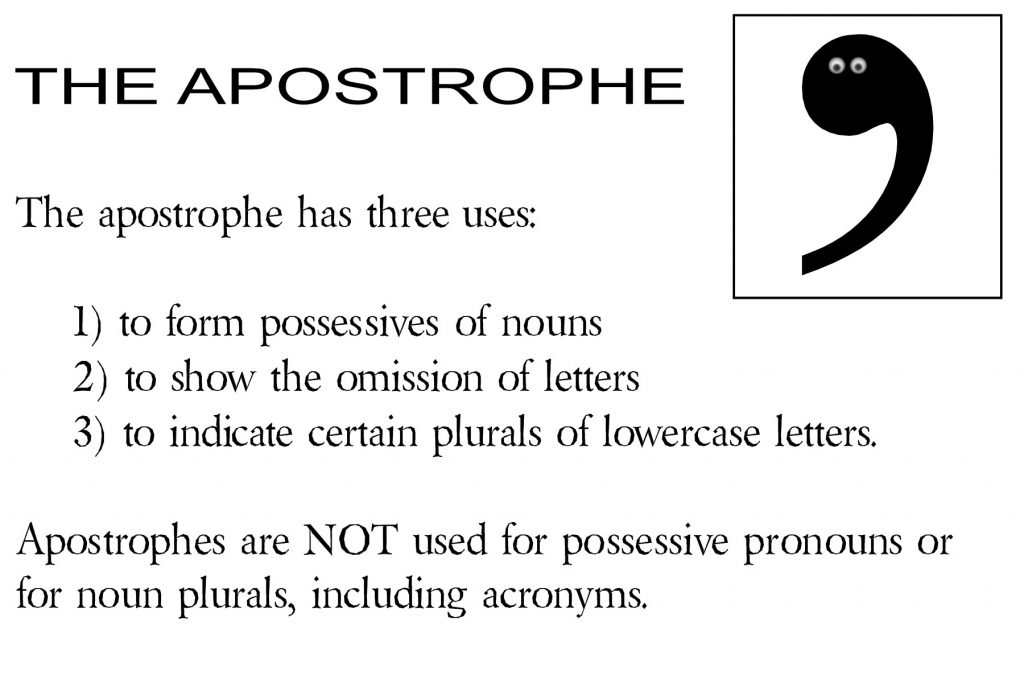 You may be wondering how on earth my brain worked to choose this word for #WordWednesdayFun? Or, maybe not? 🙂  I was reading a thread on one of my favorite Facebook writer group pages. This is an excerpt from the chatter:

Me being me, I could not resist joining in this convo:

All good harmless fun about an abstract point. Let’s see what Merriam-Webster has to say about the word –

noun apos·tro·phe \ə-ˈpäs-trə-(ˌ)fē\
Popularity: Bottom 50% of words
Definition
: the addressing of a usually absent person or a usually personified thing rhetorically <Carlyle’s “O Liberty, what things are done in thy name!” is an example of apostrophe>
apostrophicplay \ˌa-pə-ˈsträ-fik\ adjective

Let us now see the M-W Facebook entry for this page: