The meaning of recondite has been well-hidden from me for a long time. It’s not often I see a word and haven’t got a clue as to its meaning. I spotted recondite in a sentence a few days ago and just had to look it up. Back to Merriam- Webster for this week’s source: adjective re·con·dite \ˈre-kən-ˌdīt, ri-ˈkän-\ Popularity: Top 30% of words   Definition  1 : difficult or impossible for one of ordinary understanding or knowledge to comprehend : deep <a recondite subject> 2 : of, relating to, or dealing with something little known or obscure <recondite fact about the origin of the holiday — Floyd Dell> 3 : hidden from sight : concealed reconditely adverb reconditeness noun   Examples in a sentence <geochemistry… Read More

Numbskull is an English word I don’t hear so often these days. I am using Stack Exchange for an explanation of its meaning as my usual source, Merriam-Webster, has a rather uninteresting entry. The forum exchange included these comments: If the OP wishes to express someone’s ignorance of math, I would suggest using a different expression. I’m a complete idiot when it comes to math. Alternatively, the noun numbskull is also very appropriate. a stupid person; dolt; blockhead I’m a numbskull when it comes to math. Source: The Free Dictionary Then there was this contribution from a Brit: I can’t think of a standard animal/object/phrase that would naturally fit the gap in I’m a ___ when it comes to math except for something dull like… Read More

Expatriate is certainly appropriate as a choice for this week’s ‘Word Wednesday.’ Often shortened to ‘expat’ as in the name of this blog Expat in Bacolod. Let’s see what Merriam-Webster has to say: verb ex·pa·tri·ate \ek-ˈspā-trē-ˌāt\ Popularity: Top 30% of words Definition  expatriated; expatriating transitive verb 1 : banish, exile 2 : to withdraw (oneself) from residence in or allegiance to one’s native country intransitive verb : to leave one’s native country to live elsewhere; also : to renounce allegiance to one’s native country expatriate\ek-ˈspā-trē-ˌāt, -ət\ noun expatriation Examples in a sentence <members of the deposed dictator’s once-feared political party were expatriated as well> Origin and Etymology of expatriate Medieval Latin expatriatus, past participle of expatriare to leave one’s own country, from Latin ex- +… Read More

Ebullient! That’s me when I have heard good news 🙂 What does Merriam-Webster have to say about it: ebullient adjective ebul·lient \i-ˈbu̇l-yənt, -ˈbəl-\ Popularity: Top 30% of words Definition 1 : boiling, agitated 2 : characterized by ebullience : having or showing liveliness and enthusiasm <ebullient performers> ebulliently adverb On hearing good news, I show liveliness and enthusiasm as opposed to “boiling” or becoming “agitated.” Oh! come on good news! Did you know? Someone who is ebullient is bubbling over with enthusiasm, so it shouldn’t be much of a surprise that the adjective ebullient derives from the Latin verb ebullire, which means “to bubble out.” (The stem bullire is an ancestor of our word boil and derives from bulla, the Latin word for “bubble.”) In… Read More

Hyperbole is a word that is in the top 1% of “look-ups” according to Merriam-Webster. That comes as no surprise to me as it is a word often heard but many don’t know its meaning. I find the “Did You Know” part of the M-W entry interesting. hyperbole noun hy·per·bo·le \hī-ˈpər-bə-(ˌ)lē\ Popularity: Top 1% of lookups Definition : extravagant exaggeration (as “mile-high ice-cream cones”) hyperbolistplay \hī-ˈpər-bə-list\ noun Examples in a sentence Four decades later we’re all blabbermouths, adrift on a sea of hyperbole, shouting to be heard. —Steve Rushin, Sports Illustrated, 1 Apr. 2002 … balanced on the razor edge of anachronism, creating a rich stew of accepted and invented history, anecdote, myth and hyperbole. —T. Coraghessan Boyle, New York Times Book Review, 18 May… Read More

Vicissitude … go on say it out loud! It sounds good right? But what does it mean? The usual go-to Merriam-Webster says this: vicissitude noun vi·cis·si·tude \və-ˈsi-sə-ˌtüd, vī-, -ˌtyüd\ Popularity: Top 10% of words Top 10% of words? Really? I wonder how they work that out? Definition  1 a : the quality or state of being changeable : mutability b : natural change or mutation visible in nature or in human affairs 2 a : a favorable or unfavorable event or situation that occurs by chance : a fluctuation of state or condition <the vicissitudes of daily life> b : a difficulty or hardship attendant on a way of life, a career, or a course of action and usually beyond one’s control c : alternating… Read More

Solace is the word for this Wednesday. I find it interesting to note how many words in the English language start with “sol.” There must be a connection to the sun surely but let’s see. Merriam-Webster has this to say about solace: solace transitive verb so·lace \ˈsä-ləs also ˈsō-\ Popularity: Top 20% of words Definition  solaced solacing 1 : to give comfort to in grief or misfortune : console 2 a : to make cheerful b : amuse 3 : allay, soothe <solace grief> solacement  noun solacer noun Examples in a sentence Solaced by an abundance of whisky, champagne and cigars, he always bounced back, restoring and recreating himself through intensely active immersion in one or another of his varied interests … —Robert Kuttner, New… Read More 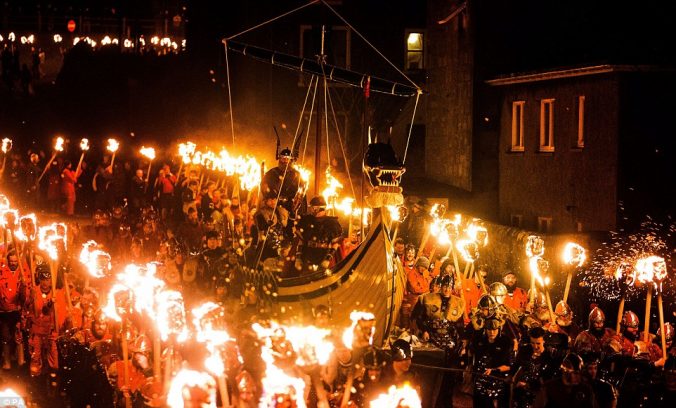 Hogmanay is a Scottish word and denotes New Years Eve and associated with a good few ancient traditions such as “first footing.”  Note my use of the word “Scottish.” Nothing is more infuriating to a Scot, or this Brit with Scottish blood, than the use of the word Scotch in place of Scottish or Scot. Scotch is the drink! Rampant Scotland is where I found this information about the word Hogmanay: What does Hogmanay actually mean and what is the derivation of the name? Why do the Scots more than any other nation celebrate the New Year with such a passion? Why should a tall dark stranger be a welcome first foot visitor after midnight, carrying a lump of coal and a slice of black… Read More

Pervert is today’s word and it is a word, at least in the UK, that has connotations with sex offenders. A “perve” is often the abbreviated derogatory version of the word likely to be spat out with some venom in the direction of an actual or perceived sex offender. Yet as is the case with many words in the English language, “perve” is flexible and is often heard as part of banter between friends. So if friend A does or says something gross then a typical response from friend B would be “you perve”! What does Merriam-Webster have to say? Definition transitive verb 1 a : to cause to turn aside or away from what is good or true or morally right : corrupt b… Read More

A little late with the Word Wednesday post [but it’s still Wednesday somewhere, right?] owing to the vagaries of the Philippines infrastructure in particular my internet service provider! Flammable vs inflammable! Two words that for many years confused me and no doubt countless other people. Let me go to a different source to see the meaning of these two words and if there is any difference between flammable and inflammable. This is what Stack Exchange has to say: English Language & Usage Stack Exchange is a question and answer site for linguists, etymologists, and serious English language enthusiasts. Join them; it only takes a minute: This was the question preceded by a similar question: Possible Duplicate: Why are not infamous and inflammable the opposite of… Read More