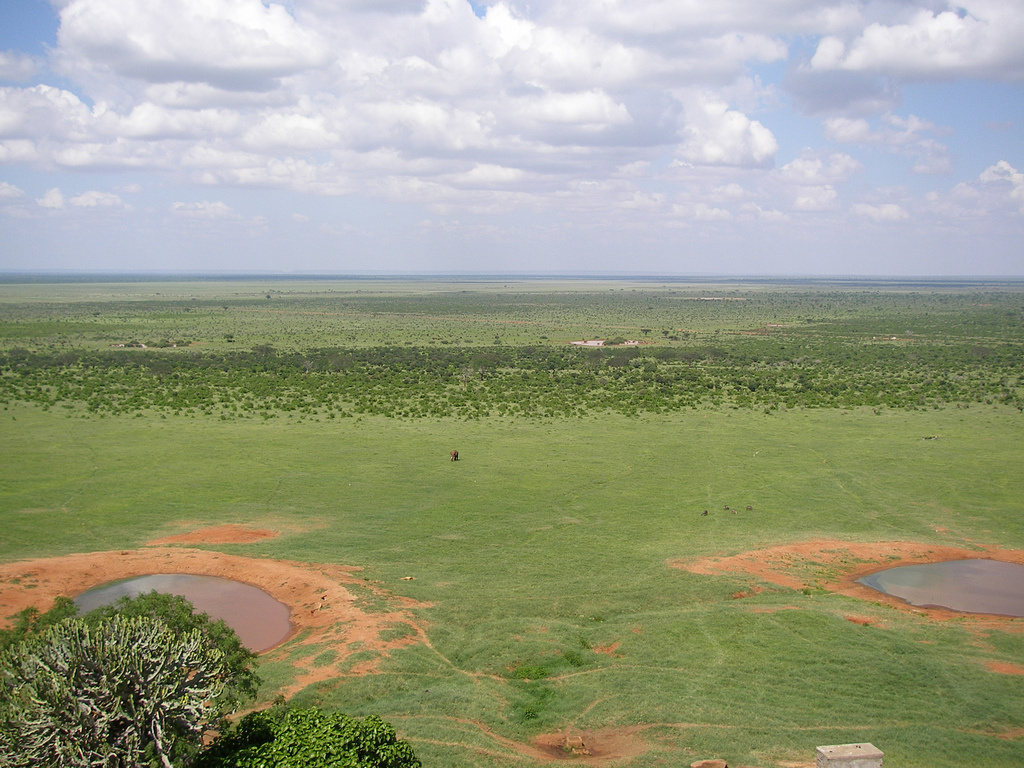 FavFotoFriday: In the Wild

Published by Stephen Bentley on February 5, 2016

The wild can mean many things to different people. It can apply to an animal or a plant living or growing in a natural environment. It applies when that animal or plant is not domesticated or cultivated.

Thank you once more to Sandy of Scribbles and Musings for the #FavFotoFriday idea. And, congratulations on your award! I love the squirrel photo 🙂

The choice of photographs today truly reflect the wild of Africa. I was resting up on the outside patio of the Voi Safari Lodge  in  Tsavo East National Park following an exhilarating day on a safari drive through the park.

I had left all my Canon camera kit in my room and had an Olympus point and shoot with me as I was taking some panoramic shots of the breathtaking scenery.

It was at this point I rushed back to the room to collect my Canon EOS 40 D and the telephoto zoom lens. Why? I had spotted some animals, about three or four, at the top left of the watering hole on the right. I couldn’t tell what they were and I had a feeling they were lying in wait. I didn’t want to miss any action!

To my relief, the animals were still present when I breathlessly returned.  I fixed the Canon EF100-400mm f/4.5-5.6L IS USM lens onto the camera body and through the viewfinder I saw this –

There were two adult and one baby elephant. The smaller animals were lurking in the grass.  I left this comment annotated to this shot when I uploaded it to Flickr – These next few were quite amazing….through the viewfinder I couldn’t make out what the two smaller animals were…..

I continued to watch through the viewfinder pressing the shutter when necessary. This is the sequence of photographs:-

The last shot and the picture above, at last gave me a clue as the identity of the smaller animals. I believed they were warthogs. The next day on a safari drive I was able to confirm this when I took this picture –

It was evident that the warthogs, related to pigs and boars, were trying to isolate the young elephant. The mature elephant, probably the mother, then took over. At times she marched straight at the hogs only to veer off at the last moment.

This sequence lasted for some twenty minutes or so. It’s never been clear in my mind whether this was a dispute over “turf” and access to the watering hole or whether it was something more sinister. All of my reading about warthogs tells me they are peaceful by nature and largely graze as opposed to eating meat.  However, they have been known to eat meat as this video shows [Don’t view if you are squeamish] –

What’s more, a warthog has been photographed attacking a baby elephant at an African watering hole.

You can view all of these photos and more on Flickr where you can also view EXIF details and those of my Canon equipment. [Disclosure: As an Amazon.com Associate I earn a small commission by referring you to the either store, but only if you buy as a result. There is no additional cost to you as a customer.]

PS The Canon EOS camera range has something for every budget. But, just to make you drool here is the link to the latest flagship Canon camera, the EOS 1D Mk. ii. It has a suggested retail price of £5199.9!

I can dream, I suppose 🙂

Seriously, I wouldn’t pay five thousand quid for any camera!