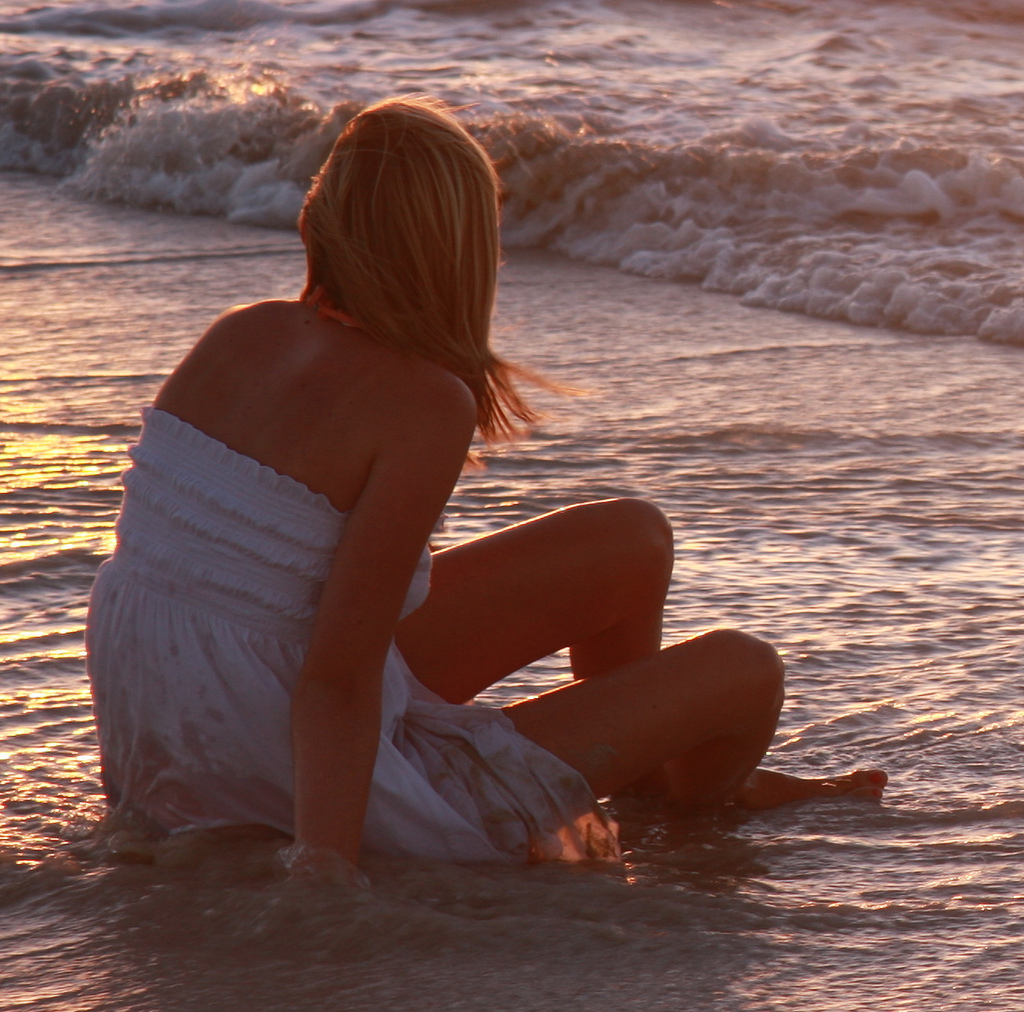 Published by Stephen Bentley on January 22, 2016

I guess it’s mostly about the colours. The sky and clouds take on a different hue, as does the ocean, the mountains and everything else the setting sun touches.

There is something quite magical, mystical and soulful about a sunset. As you get older, does it remind you of your own mortality? Or, are you a believer in “another day, another dollar”?

However you choose to view the glory of a sunset and no matter whether it prompts you into introspection, it surely cannot be denied that they are one of the wonders of nature.

The picture above was taken with my iPhone, not the best smartphone camera, but it has captured the mood perfectly here with the contrast between the foreground beach in darkness and the setting sun on the horizon. The clouds also play their part in the composition, as do the reds of the ocean that surround the man and his dog in the water.

It was taken at Sugar Beach, Sipalay, Negros Island, Philippines.

This one above was also shot using my iPhone. It was taken at Culasi, Antique which is a province on Panay Island, Philippines. I like it not only for the deep red but also for the framing by the palm trees.

Staying with the iPhone shots, here is one above taken near Kamala, Phuket in Thailand. I love the lilac hues.

Note the headlamps of the small fishing craft out at sea. The local fishermen use them to attract the fish closer to the surface.

Now I move on to pictures taken with my Canon DSLR kit.  The photo above was taken near Perth, Western Australia with an incoming tide and showing a woman and her grand-daughter possibly marvelling at the fact that there is no land between them and the east coast of Africa.

It not only captures a sunset, it also has a mood of isolation.

The shot above shows the same people but the young girl is now lying fully clothed in the surf.

The beach is now cropped out of the scene giving it a look of  silhouettes, ocean and sunset.

This shot above is a favourite of mine. It makes me wonder what this young lady is thinking about.

I like the texture of the water; the subtle colours of the setting sun; the silver sunlight highlights on her left shoulder and the tops of both her legs.

Note the water frozen by the camera shutter as it breaks around her right hand and tries to race up her forearm.

Below, she cares not about her white dress becoming wet.

Finally, a sunset shot I took in North Carolina with the Appalachian mountain range in the background.