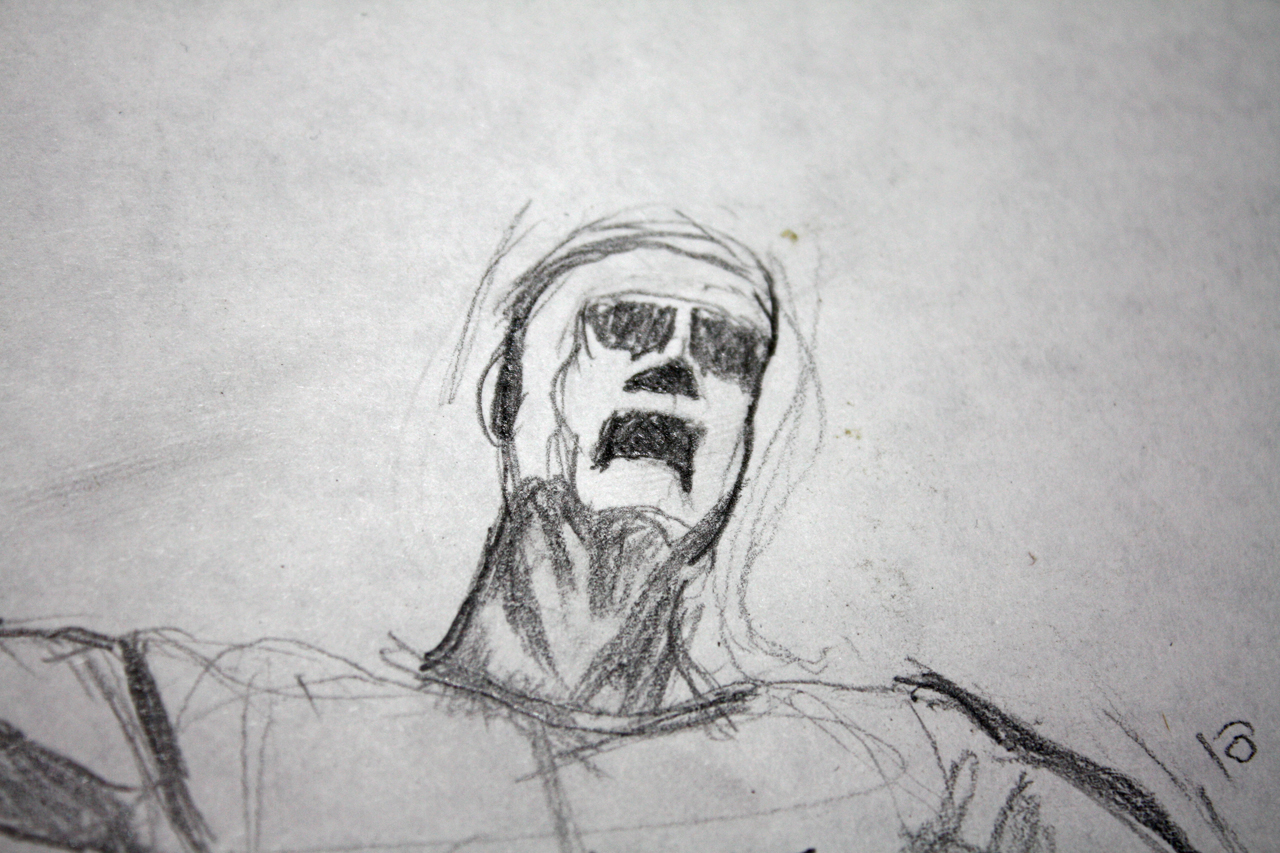 Published by Stephen Bentley on October 24, 2015

The small frail old lady was sat in her usual comfortable pea green patterned armchair opposite the large picture window overlooking her pride and joy – her garden. She was wearing that same familiar friendly smile. I could tell she was pleased to see me and my sister. Then her smile froze. She simply said, “What’s wrong?”

“Peter” was my reply.

Have you ever heard a wounded animal cry out loud? No it was more than a cry. It was a noise I had never heard before and have no desire to hear again. It seemed alien. It was surreal. The noise started low and deep in the very innermost of her being. It gathered force rushing to escape through vocal chords then open lips. It was an ear splitting full blooded howl by the time it escaped my mother’s lips. Her soul had been split asunder on hearing that her son, our brother, was dead at the age of 53 years.

This primeval howl abated almost as soon as it had begun. That was a relief to me. Mum half smiled and said to us, “I saw him earlier today.”

In all seriousness she continued her story to add that only a few hours earlier she had seen Peter. He appeared at the outside of the large picture window gently tapping on the pane.

Mum looked up on hearing the tap tap. Peter said, “It’s okay Mum. I’m fine so don’t worry. I love you.” Then he gave one of his famous boyish smiles, the one that had charmed women all over the world and equally cherished in men’s company, waved and bade his farewell.

On hearing this both my sister and I remained quiet. Mum was the first to speak again.

“He looked really well and happy and so young.”

Then she started to sob gently. A mother’s lament but I believe comforted by her last sighting of Peter at the garden window.

The sudden and unexpected death of Peter was life-changing for a number of people. Our mother certainly went downhill afterwards. I think she had very early signs of dementia before his death but the shock accelerated its progress , if you can use that word about such a terrible disease. It was one of two episodes in my life that were life-changing for me. He was not only my brother but my best friend. A confidante, fellow musketeer and bon viveur.

There is a temptation to call Peter’s appearance to Mum an apparition. I do not believe it was. There are matters out of this world that we do not understand.

The funeral took place in Toronto some weeks following his sudden death. He died on a buddy golfing trip in Florida and his body flown back to Canada. The day of the funeral was one of  atrocious weather. There had been a heavy snowfall overnight which had lasted into the early hours of the morning.  About one foot of snow had accumulated.

Despite the weather the church was standing room only for the funeral service. Joyce, his widow, asked me to talk about our boyhood days in Liverpool as this was an “unknown” for his many friends and colleagues. I agreed and much to my surprise got through it without breaking down unlike a repeat performance at a memorial service in the Dorset village where Mum lived. My mother did not travel to Canada but I was conscious of her at the Dorset service.

A wake at Joyce’s home followed the funeral. I was chatting to Tom, a friend and neighbor of Peter’s. I had met Tom before. He approached me and after the usual greeting in these circumstances of “I’m sorry for your loss”, he recounted a dream to me that he had experienced the night after Peter’s death in Florida.

“I’m not prone to dreaming and I wouldn’t say I was spiritual but I have to tell you about my vivid dream.” He continued without interruption from me, “Peter spoke to me. He had chains around his legs. He said ‘It’s great Tom. I got to Australia at last.'”

“Then the dream was over. He had gone.” Tom had added then he followed with a question to me, “What do you make of that?” I was amazed owing to the fact Peter and I had planned to visit our good friend Paddy in Western Australia at some time in the future.  I know that no one else knew of that plan. That was Peter’s second appearance.

The third ‘appearance’ was not an appearance at all. Some months after the funeral I checked my voicemail on my home telephone. It was Peter’s voice. Undeniably and unmistakably his voice. He was apologizing because he thought he had got through to a wrong number. In typical ‘Peter fashion’ it was not the usual curt message that is often left in those circumstances. It was the full of life cheery and funny delivery that we all knew so well over the years.

Life after death? Yes – for me there is.