Published by Stephen Bentley on October 12, 2016

Hard times, tough times do foster a wonderful feeling of resilience in people.  War time is possibly a good example of that. I mean war as in WW2,  not the futile war fought in the Falklands at the whim of a whiskey-dependent mad woman in charge of the UK at the time. That was jingoism at its worst. 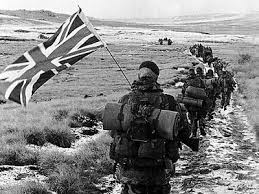 Jingoism in its  modern-day form (aka racism) was also seen in the UK before and since Brexit.

The sense of resilient feel-good -pull-together-because-we -are -all- in -the- shit feeling was possibly last experienced en-masse during the heavy bombing of the UKs major cities and dockyards during WW2. I guess it was also felt to a degree in the aftermath of some terrorist attacks in London. I lived there at the time of the tube and bus bombs and we all felt proud to be “Londoners” again. 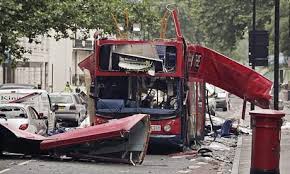 Yes, the crowds turned out and the bands played when “our boys” returned from the Falklands but it was a display of jingoism. A last wave of the Union Jack and farewell to the great British Empire.

Now the great American “empire” is in turmoil and with the one exception of 9/11, the American people have been largely immune from the sense of togetherness that I write about unless you include the shock attack on Pearl Harbor.

It is not only war that can foster this sense of unity. Natural disasters also have the same effect. The Philippines is prone to frequent typhoons but the ordinary people show much bravery, strength and faith in God that all will be right in the end. I admire that. Filipinos are tough people and I grow to like and respect them more with each passing day here.

Wars are futile. Brexit may play a part in a future European war by breaking down the ties fostered between European nations since WW2 by first the European Coal and Steel Community, then the European Economic Community and its successor the European Union. The Balkans area of Europe will probably erupt again at some time in the future bringing friction between states such as Russia and Germany. Ding! Ding! Round Three!

History is there for a reason – to learn lessons. Abolish wars in their entirety, spend the money on education and travel for young people.

Travel and education broadens the mind and diminishes the opportunity for jingoism to flourish.