Prophecy is a prompt from the people at the Daily Post at WordPress. com. I don’t usually need a prompt of any kind to write a blog post. Today is different. I feel like making a prophecy of doom and gloom. Why? I am deeply concerned about the result of the Brexit vote.

I prophecy that no good will come out of it and all will end in tears.

I fear for the United Kingdom and its future. I really do.

My first reaction to the vote to leave the EU was one of “Oh! No,” That was a tad selfish I admit. The good old British Pound had tumbled in value. End result – I have less pesos, and any other currency you care to name for my £. As a retiree on a finite and modest income, that is not good.

But the problems are wider than my own selfish viewpoint. And, before I go any further I accept that a majority wins the day in a democratic election.  That is my first point. The vote was approximately 52% as opposed to 48%. That is close in anyone’s book. It will lead to a divided country.

A further obvious problem is the future of the Union. Scotland voted overwhelmingly to remain in the EU.

Scotland will now break away and become an independent country within the EU.

I can’t see any great leaders in Britain. I can’t see who can lead the country out of this mess. The people will become leaderless and disenchanted.

An extreme right wing government takes power in the UK.

The economic outlook without the EU is bleak. I prophecy great hardships ahead and many jobless people. With rising unemployment, crime will increase. Vigilantes will form groups and law and order will crumble.

I broke off there as to be frank, I was feeling a little angry and the words were not flowing. But, here I am again and it is now 24 hours later. I am completely relaxed. I mention that because I want the reader to know what follows is not written in anger. It is written in despair.

Today, this was brought to my attention: 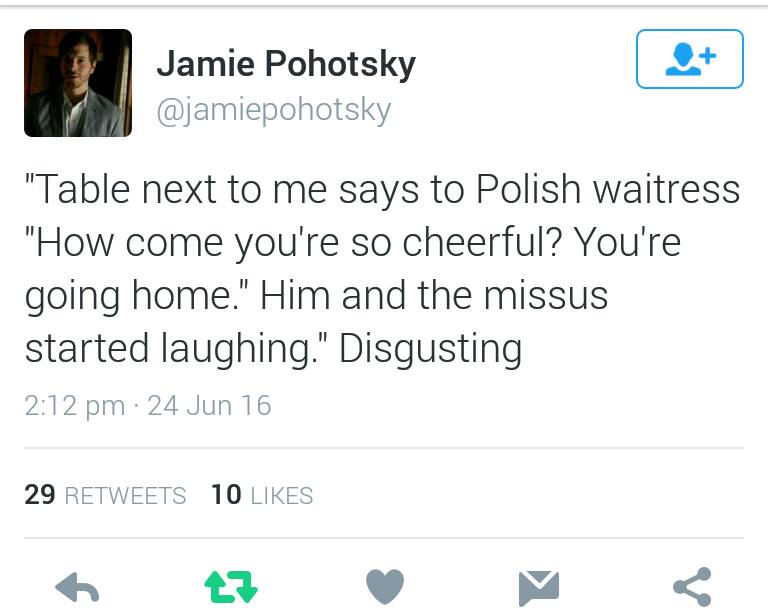 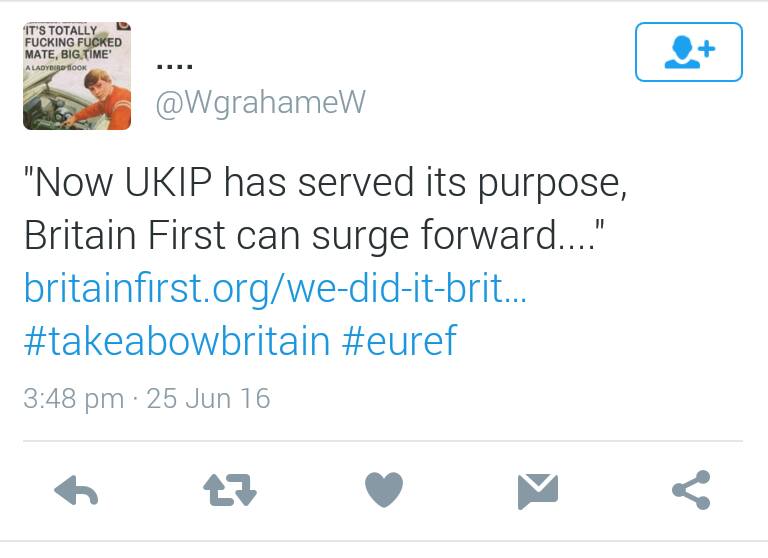 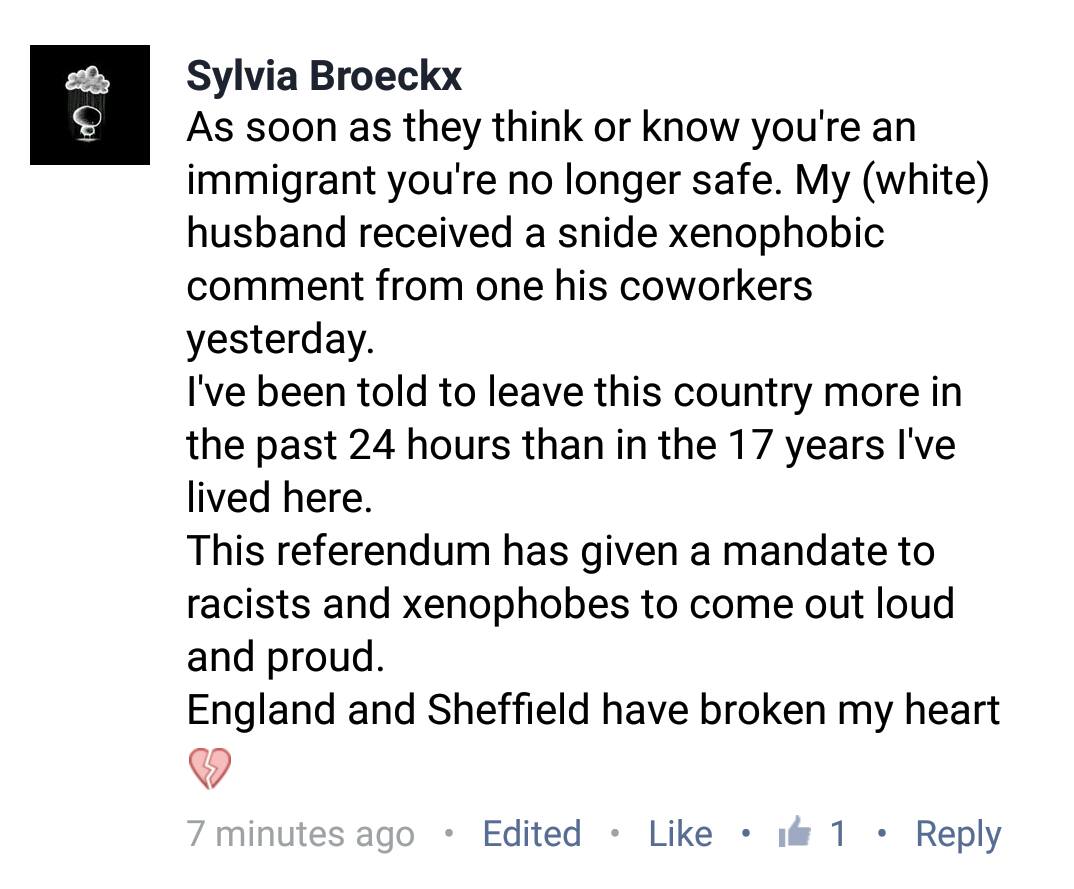 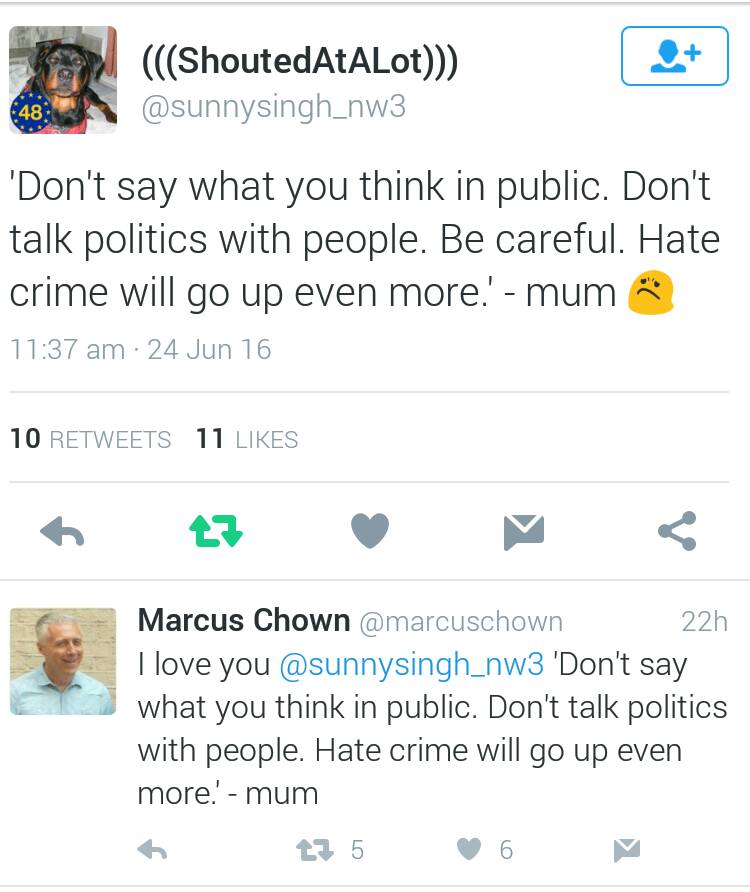 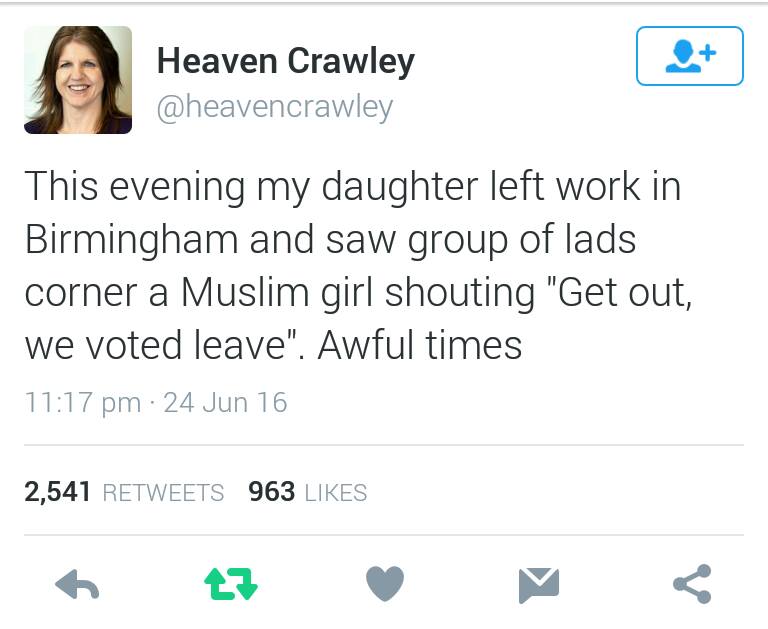 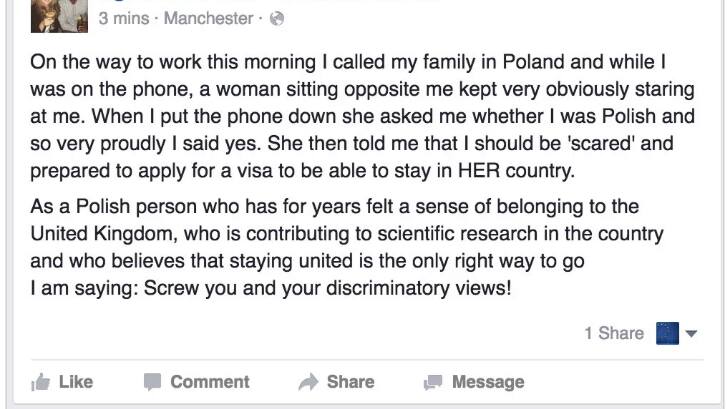 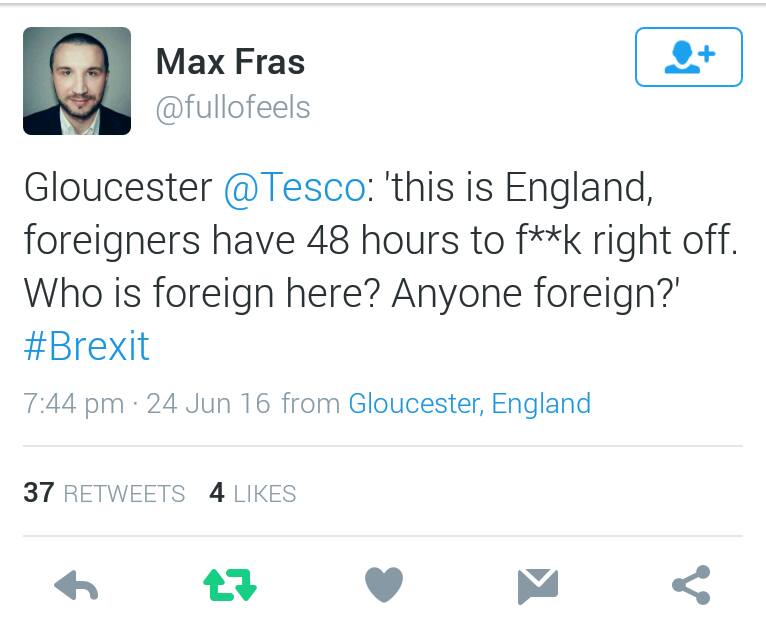 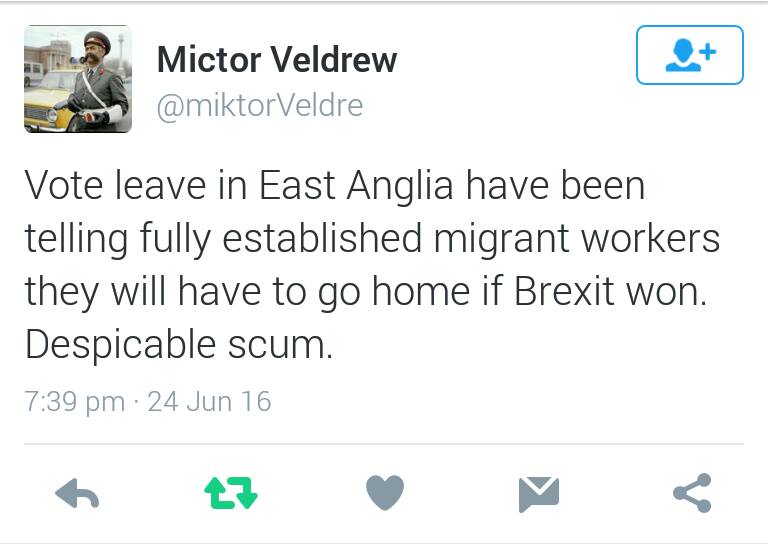 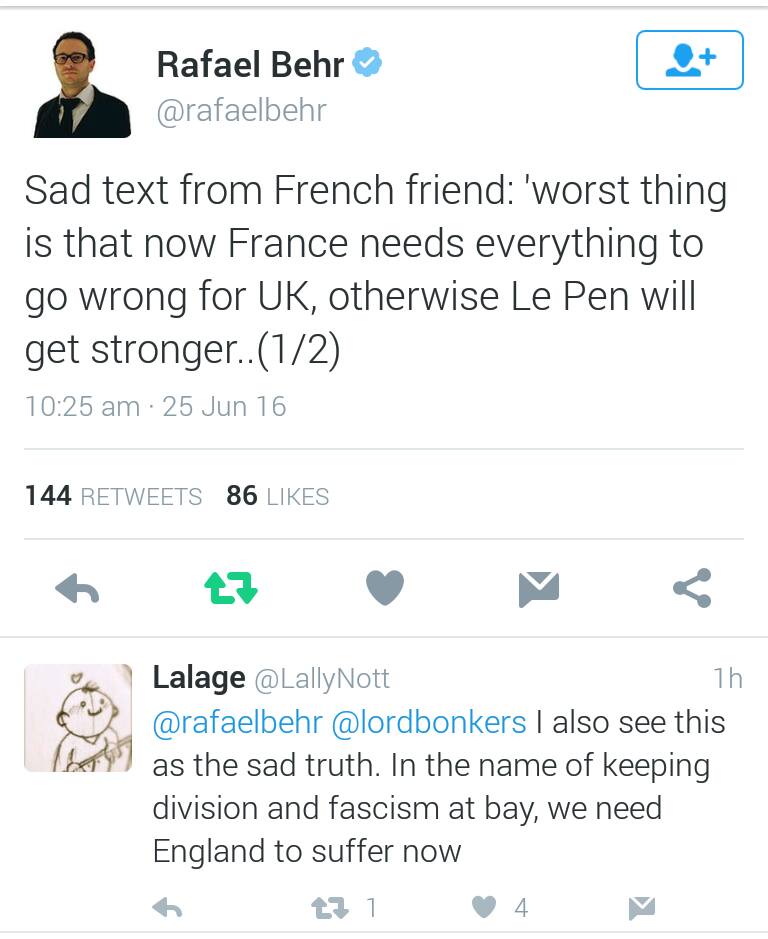 My suspicion all along was that the leave voters in the main* were motivated by xenophobia. All of the above confirms my fears and I think it represents the tip of the iceberg.

Let me spell it out clearly – let me stop calling it xenophobia and say what it really is. It’s racism. It’s ugly and it proved a winning formula in the EU Referendum.

Here is my final prophecy:

I will post this article on Facebook and some of my ‘friends’ will unfriend me. Good! I don’t care if they do. I do not wish to have a racist for a friend.

I am pleased that I retired to the Philippines. There are too many racist Brits for my liking.

* [Edit on Monday June 27, 2016] I did write “in the main.” The use of that phrase was possibly a little careless. One person interpreted what I wrote as meaning all leave voters were racist. I did not mean that and did not write that so let me make it clear.

In my opinion there were significant numbers of leave voters motivated by xenophobia and racism. If the cap fits …