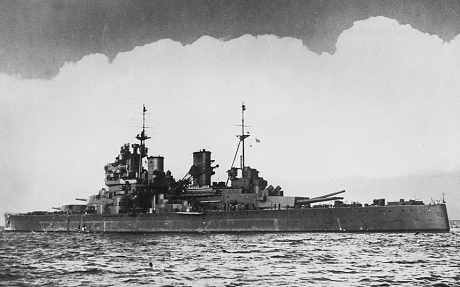 Why Spooky Scary Sixth Sense Should Not Be Sniffed At

Published by Stephen Bentley on August 19, 2016

Call it a “spooky scary sixth sense” or something similar, I’m sure many of you have experienced those moments. They maybe give you a sense of spirituality, familiarity or even déjà vu .

Those moments have been experienced by me and it’s only now that I am able to make any sense of them. Allow me to explain and to do that you need to know I recently wrote about my paternal grandfather.

Since I wrote that article I have made some progress in my research for the book. Only today I found and read this passage from an eye witness account of the sinking of the Prince of Wales and the Repulse:

Finally, at 1735 hours on December 8, 1941 with all other immediate repairs completed Prince of Wales and Repulse in company with the Destroyers, Tenedos, Electra, Express and HMAS Vampire left Singapore naval base. Their objective being a series of reported Japanese troop landings taking place around Singora in Siam. Philip’s plan being to destroy the beachhead then retire before the Japanese could gather what were felt to overwhelming forces.

Some six hours later the Prince of Wales was crippled in the first wave of attacks by Japanese “Mitsubishi G4-M1 ‘Betty’s with a top speed in excess of 250 mph carrying torpedoes equipped with a 330lb warhead capable of being despatched at the Betty’s maximum speed and on launching, running in excess of 41 knots for a distance of more than 2000-metres.”  Source: Force Z Survivors Association

Let me tell you, I was bowled over when I read the name “Singora.”

As I am sure you are aware, Siam is the old name for the country now known as Thailand. Singora goes by an alternative name – Songkhla.

It’s a town close to the Malaysian border and guess what? I used to live there! I spent some time there and indeed had a house built just outside of Songkhla [another book, another time].

The point is that when gazing out into the Gulf of Thailand one day at Songkhla, I felt that spooky scary sixth sense. I sensed someone or something trying to communicate in some mysterious way. I was ruffled and could not understand the feeling. That night I stayed at the best hotel in Songkhla – the Singora!

This is a short video I took from inside of my car on the ferry at Songkhla.

If you read the previous article of mine about my grandfather, you would know that I met him only once. I do recall my father mentioning that “Granddad Bentley” had been in the water for some time after the sinking and was surrounded by sharks. I thought no more of that until in my research, I read this on a BBC website:

Torpedo attacks 50
Hits 11
Bomber attacks 16
Hits 2
Repulse and Prince of Wales still lie 30 fathoms down in the South China Sea where a white ensign, changed from time to time, ‘flies’ in the sea, attached to a propeller of the P.O.W. It was originally put there by navy frogmen as a tribute to the total of 850 men lost in the action. The site is now protected as a War Grave, which is near Kuantan on the west side of Khalangsian Peninsula.
After two weeks in Singapore on the staff of Commander-in-Chief Eastern Fleet, Admiral Sir Geoffrey Layton, we moved to Java in H.M.S. Durban as the Japs were already in Singapore. There we worked in Lever Building, then in the French Consulate from 6 January to
16 January 1942, when we were taken to Colombo in H.M.S. Emerald.
From 21 January to 10 December 1941, I lived in the Grand Oriental Hotel, Colombo, still on the staff of Admiral Sir Geoffrey Layton, now C. in C. Ceylon. Then I moved to HMS Rajaliya, RN Air Station Puttalam, some 50-60 miles north of Colombo and by the side of a spectacular lagoon, though the station itself was merely a large hole cut out of the jungle, large enough to receive visiting aircraft from our own or foreign ships in the area needing repair or servicing. Accommodation was in crude kadjan huts but life was very interesting because of the local wild life — elephants, crocodiles, cobras, monkeys and many other small mammals. We could swim in the sea a few miles west of the camp. Routine was broken for me, first by a short secondment to the Dutch Hospital Carrier, ‘Ophir’, and then to the US Aircraft Carrier, Saratoga, both in the Indian Ocean. Whilst in Ceylon, I was promoted to Paymaster Lieutenant (25.9.42).
It was at Puttalam that I was fortunate enough to meet Surgeon Lieutenant D W Bain. I reported to him that my ears were troubling me. Both eardrums had been perforated by the effects of explosions while I was in the enclosed ‘metal drum’ of the P.O.W. Dr Bain treated my ears and, thanks to him, I have very good hearing indeed.
One morning, while at Puttalam, I received a phone call from my brother Alf who, although I believe he was in the UK had actually arrived in Burma. But he had managed to get to Trincomalee on the north east corner of Ceylon — could I meet him there? I got permission to borrow a staff car from the Air Station and made my way to ‘Trinco’ and spent a couple of very happy days with him.
I finally left Ceylon in HMS Sussex, went through the Suez Canal and the Mediterranean, (calling at Algiers, Morocco for an unforgettable haircut!) and reached Scapa on 28 May. From there I made my way, with much difficulty, back to Southampton and Bitterne.
HOME AT LAST.

I have highlighted the sections that mention sharks and Colombo. Colombo is where my grandfather was eventually taken to following the sinking. I have been there once. Yet again I experienced that same spooky scary sixth sense in Colombo, now Sri Lanka but known as Ceylon during WW2.

The first time I experienced this feeling was in my twenties when i visited Queensferry for the first time. It’s a town just outside Edinburgh, Scotland dominated by views of the Forth Bridge. I later discovered my paternal grandmother was from Queensferry. I never met her.

Once more I had the very same sense. It suddenly enveloped me and in quite a spiritual way. It was in Hong Kong. I wouldn’t be at all surprised to learn during my further research that Granddad Bentley had also visited there in a warship.

These experiences were moving and emotional for me. I know I have used “scary” in the title but forgive me, I am a writer fond of alliteration.

I would love to hear from you about any similar experiences you may have had.