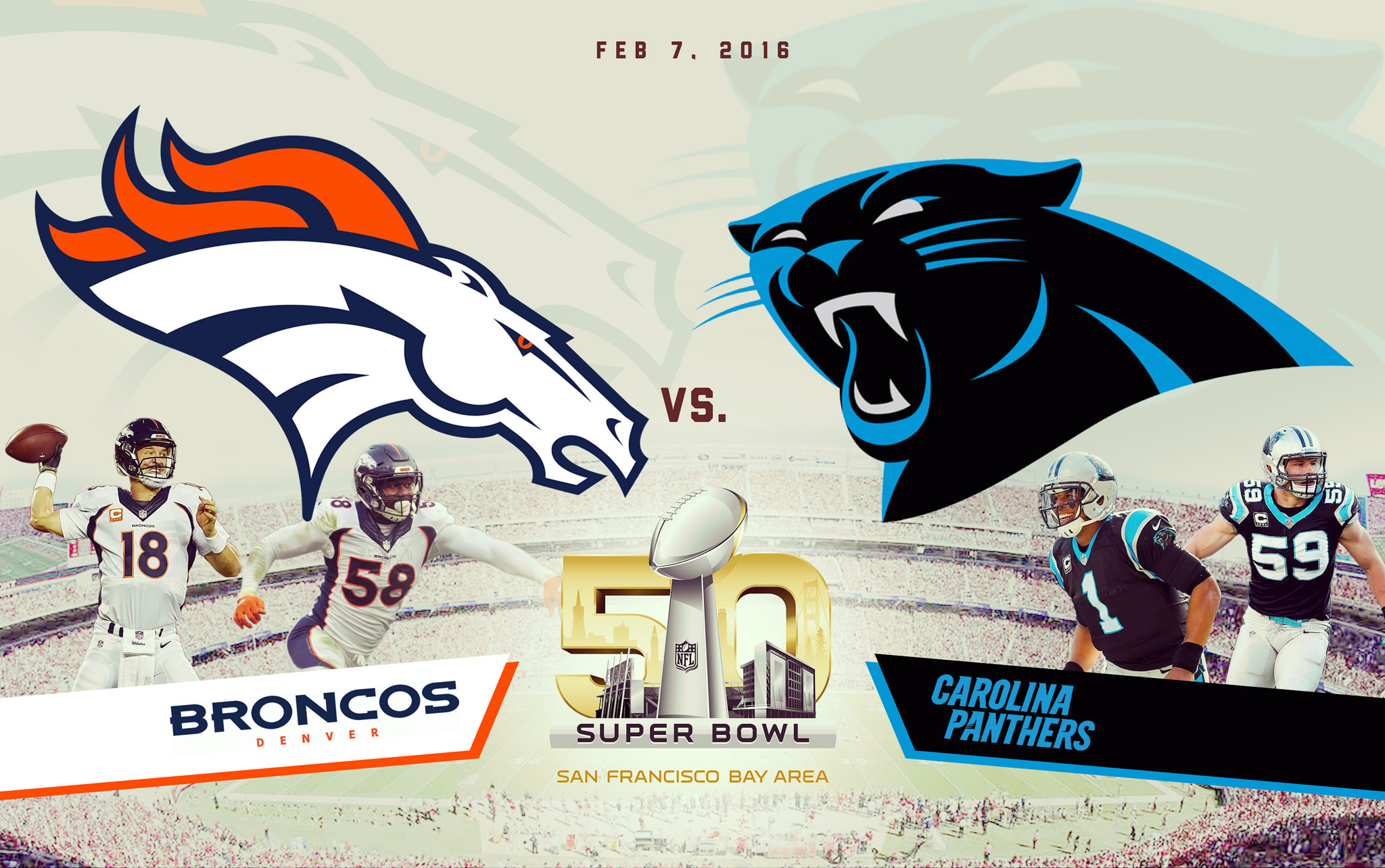 Published by Stephen Bentley on February 5, 2016

Yes, you are correct, Super Bowl looks weird with the suffix Roman numeral L. I guess that’s a good enough reason for the organizers to rename it Super Bowl 50.

You have to hand it to the NFL, they know how to organize a showpiece event. This year’s Super Bowl 50 will be watched by millions over the globe and at the same time rake in $ millions.

An extravaganza like this doesn’t attract that many viewers if the product sucks. The product is the game itself. This is where I make full disclosure – as a Brit, I’m no expert on the game. I’m a football man, that’s soccer to you.

I have watched NFL on TV back in Britain and also saw it live on a visit to the Jack Murphy Stadium, San Diego. I enjoy the game. It’s a far cry from football and that’s maybe why the latter has been so slow to really take off in the States. Football is a more cerebral game where the tactics and ebb and flow of the game are appreciated as fine arts by the aficionados. It is for me the “the beautiful game”.

The thrill of NFL is found in the long accurate throw of the quarterback to the offensive wide receiver who makes the touchdown.  And, the quarterback breaking free of the opposition defensive shackle to sprint the length of the pitch for a touchdown. I think that’s called “rushing yards”?

Super Bowl 50 will take place in California on February 7, 2016, and contested by the Carolina Panthers and the Denver Broncos. The Panthers franchise has only been in existence since 1995 and will make their second appearance in the Super Bowl. The Broncos will make their eighth appearance, a feat equaled by only three other teams, the New England Pats, Steelers and the Dallas Cowboys.

Here are some interesting facts about the game –

This will be the first Super Bowl to feature a quarterback on both teams who was the #1 pick in their draft classes. Manning was the #1 selection of the 1998 NFL draft while Newton was picked first in 2011.

Concerns were raised over whether Levi’s Stadium’s field was of a high enough quality to host a Super Bowl; during the inaugural season, the field had to be re-sodded multiple times due to various issues, and during a week 6 game earlier in the 2015 season, a portion of the turf collapsed under Baltimore Ravens kicker Justin Tucker, causing him to slip and miss a field goal, although the field has not had any major issues since. As is customary for Super Bowl games played at natural grass stadiums, the NFL re-sodded the field with a new playing service; a hybrid Bermuda 419 turf. NFL and Atlanta Braves field director Ed Mangan stated that the field was in “great shape” for gameday.

For the first time, the Super Bowl 50 Host Committee and the NFL have openly sought disabled veteran and lesbian, gay, bisexual and transgender-owned businesses in Business Connect, the Super Bowl program that provides local companies with contracting opportunities in and around the Super Bowl. The host committee has already raised over $40 million through sponsors including Apple, Google, Yahoo!, Intel, Gap, Chevron, and Dignity Health.

CBS set the base rate for a 30-second advertisement at $5,000,000, a record high price for a Super Bowl ad. 20th Century Fox, Paramount Pictures, Universal Studios and Walt Disney Studios will pay for movie trailers to be aired during the Super Bowl. Fox paid for Deadpool, X-Men: Apocalypse, Independence Day: Resurgence and Eddie the Eagle, Paramount paid for Teenage Mutant Ninja Turtles: Out of the Shadows and Zoolander No. 2, Universal paid for the debut trailer for an Untitled fifth Bourne film and Disney paid for Captain America: Civil War, The Jungle Book, Zootopia, Alice Through the Looking Glass and Finding Dory.

And according to the America’s Star Tribune here’s how much Americans are consuming this Super Bowl Sunday:

1.25 billion: The number of chicken “wing portions” the National Chicken Council estimates will be eaten.

100 million: Pounds of avocados that Haas Avocado Board estimates will be eaten.

11.2 million: Pounds of potato chips that will be eaten, according to the Calorie Control Council.

8.2 million: Pounds of tortilla chips that will be consumed.

222,792: Number of football fields worth of farmland used to grow all that corn, potatoes, and avocados.

48 million: The number of Americans that will order take-out

The Brits will be there too! The headline band at the half-time interval will be Coldplay.

Now, that’s what I call razzamatazz!