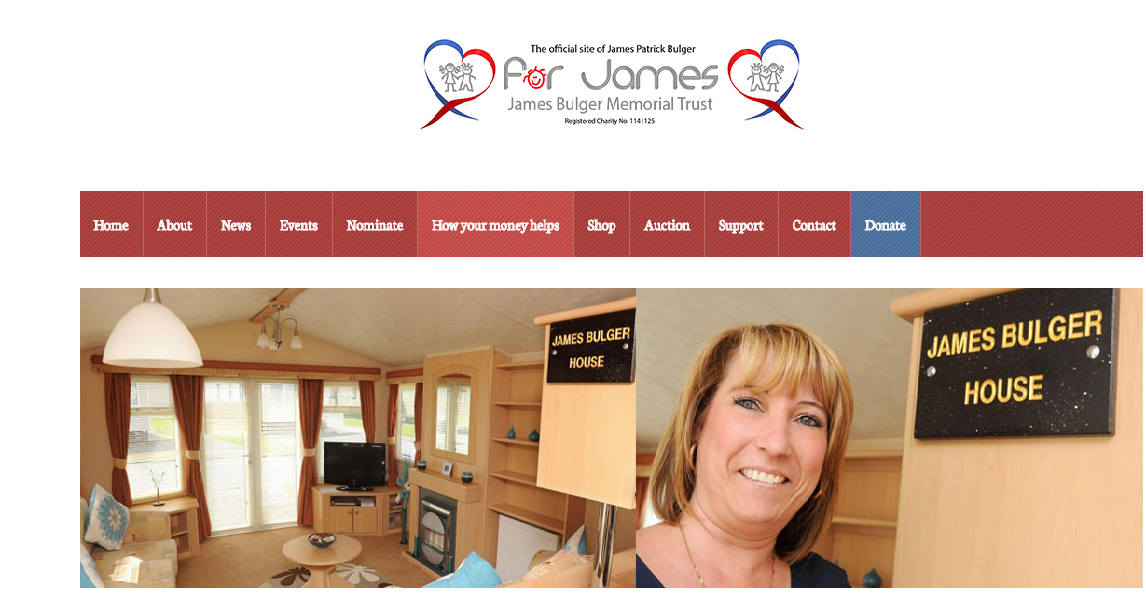 Why I Support the James Bulger Memorial Trust

Published by Stephen Bentley on December 20, 2016

James Bulger Was Murdered in 1993

Below I republish an old post from my personal blog Expat in Bacolod. I was prompted to write about why I support the James Bulger Memorial Trust because I answered that very question when I was the subject of an author interview in connection with Mystery Thriller Week. This is how I answered the question:

James Bulger was a toddler murdered in the Merseyside area of the UK in 1993. It became a high-profile case and shocked the nation not just because he was a toddler but the fact his killers were aged about 10 or 11.

My early detective experiences were on Merseyside. About one year ago, Stuart Fergus contacted me through my personal blog Expat in Bacolod (a city in the Philippines). Stuart is married to Denise, the mother of James and Stuart also helps run the charity started in James’ name.

He contacted me because a man from Merseyside had told Denise and Stuart he had seen a vision of James in a cave in the Philippines but they had lost his contact details. They thought he may have been an expat living in the Philippines and I volunteered to write a blog post in an attempt to find this man. Sadly, the man was never traced but I struck up a firm “virtual” friendship with Stuart and decided to support the charity named after James Bulger.

Viral? Did it go viral? I am updating this post as I write on January 4, 2016. It did to a degree. On two days I had a spike in views of the post reaching the 1000 mark. So, to a degree, the answer is yes, it was viral.  I have to thank an anonymous donor for one of the spikes in views. He dipped into his own pocket to pay a social media guru to ‘viralize’ the post.

Let’s keep sharing this post. Here’s why – Denise Fergus, the mother of James, is still desperate to find the man who saw a picture of James in a frame besides a flickering candle in a cave. He was on honeymoon at the time with his new Filipina wife in the Philippines. As you may be able to imagine, Denise will find great comfort in being able to speak to this man directly and to hear the story at first hand.

You can make this plea go viral. Please read on …  James was 2 years old when he was abducted and murdered in Bootle, Merseyside, England. It was a tragedy that shocked a nation. The home page of  the “For James Memorial Trust”, a Registered Charity in England, carries this poignant message:

James Bulger will never be forgotten. He was a fun-loving, innocent little boy whose life was so cruelly taken away from him.

Millions remember with horror the terrible abduction and murder of two-year-old James, that happened in February 1993 in the Bootle and Liverpool areas of the United Kingdom.

To this day James’ mother Denise Fergus continues to receive messages of sympathy and support from people all over the world.

The aims and objectives of the James Bulger Memorial Trust Ltd are to benefit and support young people who are disadvantaged by reason of having become the victims of crime, hatred or bullying. To reward those who are judged to have shown exemplary conduct, making a positive contribution to the welfare of others, or society in general.

Today I was contacted by Stuart Fergus who is married to Denise Fergus, the mother of James.

I read his message with  both interest and curiosity. This contact with Stuart initiated an exchange of messages between us. This is the first contact I had with Stuart:

Hi Steve, Really daft question which I hope you can help with…..Are you married to a girl from the Philippines? It’s a long story but someone wrote a story to a charity I’m connected with and I can’t find the email or the person in question

I replied and this is the response from Stuart:

It was a story of a scouser marrying a Filipinas and went back to her country for a honeymoon…It went into great detail and once there they went for a hike…up on a side of a large hill/mountain there was a cave and when he went inside there was a candle burning away with a picture of a little boy..The boy in question was James Bulger..On return to the village he asked about it and was told that was the little lost boy

This response captured my attention. It was such a fascinating and heart-warming story.

[By way of explanation, for those who may not be familiar with some of the terminology – a “Scouser” is a name used to describe someone from Liverpool. Filipinas is the plural of Filipina – a female from the Philippines.]

The rest of the conversation was an explanation from Stuart that an email about this story and the contact details for this Scouser had been lost. He has no way of tracking down the email or the  man who experienced the vision of the candle and the picture of James.

I offered to assist in any way I possibly could. That offer included me using social media and my friends in the blogging/writing world to spread this message and hopefully make the quest go viral. Stuart gladly took me up on my offer.

Here are the reasons why you must make this go viral, and how –

Why Make it Go Viral?

How to Make it Go Viral?

Share a link to this  story by using every social media channel you can possibly think of including, but not limited to:

Simply copy the link to this post and paste it into your chosen social media. Add whatever comments you choose.

If you wish to make a personal donation to this wonderful charity then you may do so by clicking on this link.