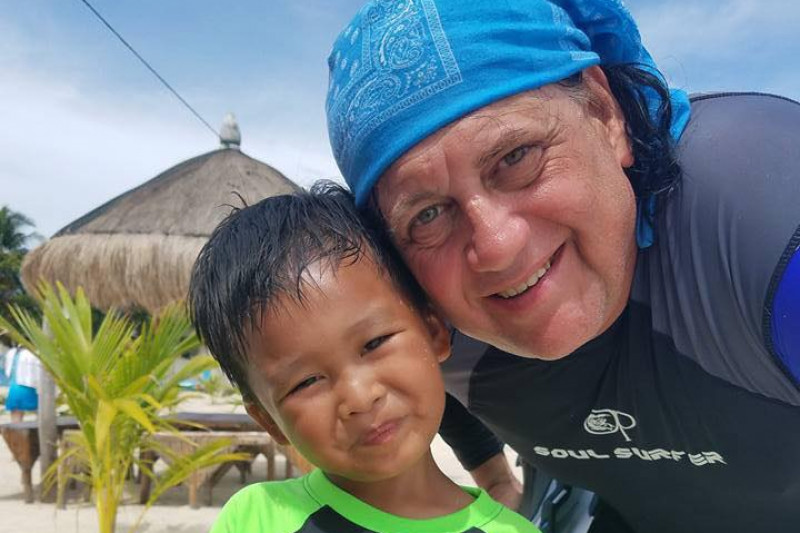 Many murders have an element of tragedy but this is truly a tragic slaying in Silay.

Silay City is only a fee kilometers from Bacolod so the entire expat community and thousands of locals were saddened to hear about this tragedy, I reproduce the story below  as reported by Lifestyle Bacolod, a Facebook page.

Let’s help Erik… Your P50s can go a long way. Erik was shot dead as 5-year-old son waits in vehicle in Silay City.

The victim identified as Erik Norman Hendrickson, 57, of Wisconsin, United States, was declared dead on arrival at the Teresita Lopez Jalandoni Provincial Hospital in Silay City, according to Supt. Noel Polines, officer-in-charge of the Silay City Police Station.

Hendrickson, who was temporarily residing at Loney Burgos in Brgy. Mambulac, Silay City, succumbed to two fatal gunshot wounds in the head and in his left arm, Polines added.

Hendrickson was shot three times by the suspect, the police said.

Polines described the incident as “senseless” as the victim had passed by in the area, with his 5-year-old special child, to buy a bottle of beer, which was a routine activity for him , before going home.

His assailant reportedly asked the American to buy him drinks and when he refused he was badmouthed in Ilonggo. Hendrickson, who speaks conversational Ilonggo and understood what was said, was then shot.

Lorenzo Lopez Locsin, a friend of Hendrickson said the American was a professional portrait photographer who is married to Vicky, a Silay resident, who works in Wisconsin. She is in the United States and is set to return home.

Meanwhile, their 5-year-old son is staying with relatives.

Locsin described Hendrickson as a very nice person who had adopted to the Ilonggo way of life. When he first met the American several months ago he told him that his son needed speech therapy, Locsin said.

“He planned to bring his son to the US. But he wanted his son to grow up with Filipino values and culture. To know his roots and history. He wanted his son to be respectful of his elders, to be kind and loving and helpful to others. And that, in order for him to do so, he first has to become one, he had to become an Ilonggo dad,“ Locsin said.

The boy who did not speak and could barely make eye contact a few month ago with the help of his father was of late initiating conversation with kids his age, he added.

Locsin said he rushed to the boy’s side on hearing that his father had been killed.

“That shy boy who barely spoke… with his father’s accent, without a hint of shivering in his voice, said Tito Enzo, they killed my dad,” Locsin said. /The Visayan Daily Star

A fund raiser has been started on behalf of Erik’s widow. Full details can be found here on the Go Fund Me site.

It transpires that Erik and his wife had adopted the little boy in the photo. Now his Daddy has gone. Very sad 🙁

Before you ask, I have always felt safe here but this has made me a tad nervous. So many crazies with guns these days. Life is cheap!